We all seem to have that one smug friend that can seemingly eat whatever they like, and as much of it as they like, and barely gain a single pound of weight. Then there’s us. It seems as if we simply need to glance in the general direction of junk food and we gain a pound of fat without even trying. What’s worse is the fact that while gaining weight is, pardon the pun, a piece of cake, losing the weight is harder than navigating the Amazon Rainforest with no map. When it comes to losing weight, we know that on paper it’s painfully simple. In the real world however, nothing is ever that black and white. This is where it pays to have a little insider knowledge on your side. When you visit your GP for a general check-up, they’ll often measure your BMI and use it to determine whether you’re underweight, overweight, or at your optimal weight. But is BMI really a useful tool when it comes to losing weight? The jury is still out on this one, so let’s take a quick look.

What is BMI? – BMI stands for Body Mass Index, and it is a very basic formula which is used to determine whether an individual is at their ideal weight or not. It is beneficial in the fact that it is very simple to utilize, as it doesn’t require any expensive kit or equipment, nor is it difficult to determine. It is basically a measure of obesity based upon a person’s weight and their height. So, if you know your height, and you know how much you weigh, you can very easily calculate your Body Mass Index, or you can use one of the free online calculators like Just hcgs. That’s got to be a good thing, right? Well, yes and no. BMI can give you a quick overview of whether you’re at your ideal weight, and it can be a handy indicator of general health, but it is flawed in respects.

What are the benefits? – BMI is not perfect, and we’ll get to that in just a few moments. For now however, let’s look on the bright side and focus on the positives associated with BMI. BMI works just fine for what it was designed to do. It was designed to give a very basic general overview of an entire population’s rates of obesity. It will work for most people and can therefore serve as a preventative measure against potential health issues later in life. Obesity for example, is often a precursor for other serious health issues including hypertension, heart disease, heart attack, diabetes, and much more. The sooner you can identify the fact that you may be obese, or close to being classed as obese, you can make the necessary changes to help get your weight back under control. Therefore, you can potentially avoid a number of weight-related health issues which could be fatal. Heart disease for example, is the biggest killer in the world and the rates of heart disease in the world strongly correlate to obesity.

What are the drawbacks? – If you do a little online research, you’ll find that BMI is flawed in a number of ways as BMI does not necessarily tell you the whole story behind a person’s weight. We’re now going to list some of the more prominent drawbacks associated with BMI and look at why it isn’t necessarily the best tool when it comes to losing weight.

Each individual is unique – Different people carry their weight in different ways. This is why some people store much of their fat on and around their abdomens, while others may store it on their legs, or their butts. Not only that, but some people are naturally bigger and heavier than others. You could have two people, both 6-feet in height and both weighing exactly the same, yet one may be carrying virtually all of their fat around their belly, whereas the other could be carrying their weight evenly over their bodies with healthy levels of fat around their bellies. Visceral belly fat is very dangerous as it can put a lot of strain on the major organs, so the person with the dangerously-high levels of belly fat will be at the greatest risk of health issues. According to BMI however, they are both exactly as healthy/unhealthy as one another.

BMI only tracks weight – This is the primary reason why BMI is not considered an effective tool for people looking to lose weight. You see, BMI only tracks a person’s weight in correlation with their height. Weight however, is not the same as fat. Muscle is denser than fat and pound for pound weighs around twice as much. Therefore, you could have a 6-foot tall morbidly obese man weighing 280 pounds of mostly fat, and a 6-foot tall bodybuilder weighing the same, despite having visible abs and very low amounts of body fat, and the bodybuilder would also be classed as obese. If you saw him in person, you’d know he was in great shape, but on paper, thanks to his BMI he is obese. Water weight and bone density can also influence BMI readings. While useful for giving a rough overview, BMI’s main flaws lie in the fact that not all of our weight comes in the form of body fat.

So, is BMI good for weight loss? – To be perfectly honest, if you are looking to lose weight, and by weight we of course mean fat, BMI is flawed fairly obviously. If you are lifting weights in the gym and looking to build muscle while toning up and losing fat, you’ll find that your BMI probably won’t change all that much, because your weight isn’t changing all that much. Sure, you’re dropping fat and getting leaner, but as you build lean muscle you are still gaining weight and that is all that will be measured. A far better indicator of a person’s health and whether weight loss is needed would be to have body fat percentages measured instead. 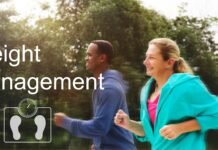 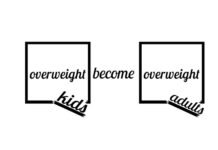 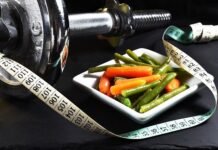 Exercise vs Diet- Which is More Important for Weight Loss?