Home Food What will you be eating in the year 2050? We dive into the emerging trends in the fast-paced food technology sector to find out what will be on your plate in the year 2050.

As a result of growing concerns about climate change, global population expansion, and rising obesity rates, we will see a significant shift in our eating patterns over the next 30 to 40 years.

Together with legislators in the United Kingdom, Japan, Korea, Singapore, New Zealand, Canada, Argentina, and other nations worldwide, the European Union has formally declared a climate emergency, as have politicians in other countries around the world.

They have declared to be carbon neutral by 2050 in an effort to preserve the earth from apocalyptic climate change. 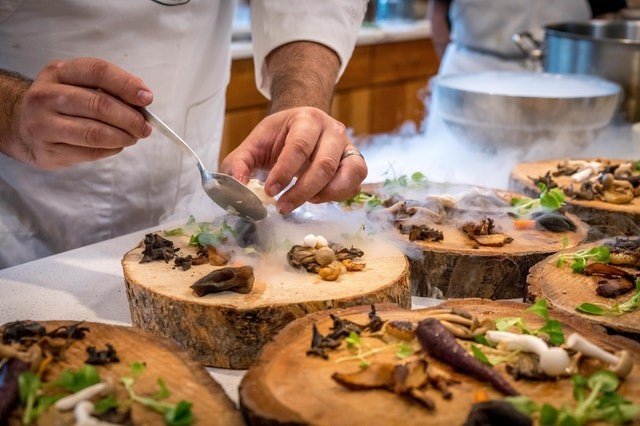 It is only via a significant reduction in animal husbandry that these climate targets can be accomplished. A study administered by the Food and Agriculture Organization of the United Nations reveals that producing animals for meat, eggs, and milk accounts for 14.5 percent of total world greenhouse gas emissions.

Providing food for an expanding population

A rapidly increasing global population will only exacerbate the situation. Global population estimates from the United Nations predict that there will be 9.7 billion people in the world by 2050, representing a 25% increase over the current population. World authorities are well aware that they must find new methods to feed the world’s expanding population.

The Obesity Crisis Must Be Addressed

Animal husbandry not only pollutes the environment but is also causing people to get sick. The overconsumption of meat and dairy is dramatically raising the risk of heart disease, cancer, and type 2 diabetes, among other conditions.

The WHO has declared that global obesity has increased by roughly threefold since 1975, posing a public health crisis that coincides with the climate catastrophe.

The need for solutions is critical at this time. Innovation in the food technology business may give some fascinating answers to the two crises that are now afflicting humanity.

New developments in the field of food technology

Over the next 30 years, research conducted by Betway Insider has identified three significant trends that will play out and radically reshape our eating patterns for the foreseeable future. Animal agriculture is coming to an end.

The abolition of animal agriculture will be the most significant shift. In the existing system, crops are cultivated to feed the animals that we consume, which is appallingly wasteful, according to experts, not to mention ethically objectionable.

By 2050, plant-based sources of protein will account for the vast majority of the protein humans consume, with lab-cultivated meats accounting for the remainder. Companies such as Beyond Meat and Impossible Foods are already gaining popularity in the United States and other parts of the globe as plant-based meat substitutes.

The quality of these items is currently inconsistent, but competition within this industry will spur significant improvements in the coming years.

Dairy and eggs are being phased out.

Dairy will be phased out, and plant-based substitutes produced from oats, soy, hemp, and nuts will take their place in the spotlight. The search for plant-based egg replacements is also intensifying, with companies such as Evo Foods and Eat Just leading the fight.

The emergence of laboratory-produced meat

Singapur has previously allowed the sale of lab-grown meat, which is created in bioreactors without the need for animals as a source of nutrition. This tendency is expected to accelerate significantly in the next years. Companies like Memphis Meats, Higher Steaks, Mosa Meat, Aleph Farms, and Shiok Meats are all vying for dominance in this lucrative industry, as are other startups.

Microorganisms are the stars of the show.

Nonetheless, this will just be the beginning of the revolution. Cultivating microorganisms such as fungus, bacteria, yeast, seaweed, and microalgae will result in more significant changes than the cultivation of plants.

The protein content of all of these foods is high, and they do not include the saturated fat found in some meats and dairy products. Air and CO2 may both include protein, which can be harvested via the use of renewable energy and a probiotic manufacturing process to transform components into nutrition.

3D printing has an essential role to play.

Those who believe this all sounds gloomy and joyless are mistaken. This is a happy and upbeat story. It will be possible to reproduce the textures, luscious appearances, and flavors of the food that we are all familiar with and enjoy today using 3D printing technology. This may be used to replicate texture, juiciness, fat distribution, mouthfeel, and various other characteristics.

To put it simply, the objective is to make tasty, super food that can be produced in a carbon-neutral manner — and this is no longer a pipe dream.

A few others laugh at these changes and merely call on world leaders to encourage people to eat more plant-based diets and consume insects in large quantities to avoid deforestation and rescue the earth.

By 2050, we will all be consuming far more fruits, vegetables, and whole grains, while consuming significantly less meat, dairy, and fast food. Despite this, some of the plants we consume will appear very different from those we eat now, owing to advancements in microbe cultivation and 3D printing.

This trend will be accompanied by a personal nutrition revolution, which has the potential to completely change our relationship with food.

Wearable technology will operate at the molecular level, allowing us to analyze our nutritional indicators painlessly. The information it collects will be used to educate users on how to make dietary changes that will reduce their chance of developing illnesses such as diabetes and heart disease.

Families gathered around a dinner table may be eating meals that are considerably different from one another, based on their individual nutritional requirements.

Aiming for the highest level of achievement

Obesity is expected to decline, greenhouse gas emissions from the food sector will significantly decrease, and food will increasingly be farmed and produced by robots driven by artificial intelligence (AI) technology. The world has changed, but it may also turn out to be a deliciously wonderful world.