There are many pervasive stereotypes that plague the modern fitness industry, particularly those concerning the vegan diet and the cruelty-free lifestyle in its relation to bodybuilding. Will you lose your hard-earned muscle if you make the transition to a plants-only diet? Of course not, you even stand to gain more. Will you be as healthy as an omnivore? No, you will be much healthier. Sadly, these and many other questions prevent people from abandoning their meat-eating habits because they are uneducated, scared, and have been fooled by the big industries that capitalize on lies and vague promises.

The truth is that building muscle on a vegan lifestyle is not only possible, but it’s actually an extremely efficient and effective process. Not to mention how rewarding it is to know that you are leading a cruelty-free lifestyle, and are doing your part to aid the preservation of the natural world around you. Still not convinced? No problem, here are some inspirational vegan bodybuilders that are dismantling all of the stereotypes.

A popular Instagram model, influencer, bodybuilder, public speaker and activist, Torre Washington is certainly one of the most popular vegan athletes in the online world. It should go without saying that Torre is a hugely inspirational figure to his many followers on social media, and has been featured in the most prestigious fitness bodybuilding magazines across the globe. Aside from that, this is one beast of an athlete, currently competing as an IFBB Pro bodybuilder while living almost two decades as a strict vegan.

Interestingly, Torre began his vegan journey as a young child way back in 1998, before he even knew that his plant-based lifestyle even had a name. Apparently, being a vegan from a young age hasn’t stifled Torre’s development, as it only seems to have made him healthier, stronger, and more determined to pursue a life of high moral and ethical values, mental well-being, and physical fitness.

The next inspirational vegan athlete on our list is none other than the veteran Amanda Riester. A bodybuilder, physique competitor, boxer, and all-around bad-ass, Amanda has been a vegan since 2009. But that’s not where her vegan story began. At the very young age of five, Amanda suddenly learned that meat comes from animals, at which point she stopped eating meat and even started to eliminate dairy and other animal products from her life.

Did that prevent her from achieving greatness in her fitness career? Of course not. Amanda is a four-time Chicago Golden Gloves winner and holds many physique and bodybuilding trophies that she won in her long and fruitful career. And not to objectify, but Amanda rightfully sports one of the most envious female physiques on the planet.

Probably one of the biggest names in the fitness industry today is vegan bodybuilder and physique competitor Nimai Delgado. If you haven’t heard of this guy, be sure to check out his Instagram page, and become a part of his half-million strong following if you’re looking for a daily dose of pure vegan inspiration. An IFBB Pro athlete, a certified coach and vegan nutrition expert, Nimai is the complete package. What’s interesting about Nimai is that he puts a lot of emphasis on antioxidant-rich foods and micronutrients.

This is one of the reasons why more experienced and aspiring vegan bodybuilders are prioritizing super-berries such as acai and other antioxidant-rich plants in their diets, especially in their pre and post-workout supplementation, in order to support healthy bodily processes and enjoy a sustained influx of energy. So, be like Nimai, and focus on a complete vegan diet that prioritizes antioxidant-rich foods and supplements in order to one day reach your bodybuilding goals.

If you’ve been in the bodybuilding or fitness circles in general for a while now, then you might have already heard about the famed Jim Morris. This man was an institution, an inspiration to millions, and an advocate for cruelty-free and vegan lifestyles. Before becoming a vegan at 65, Jim first became a vegetarian at a ripe age of 50, when he began slowly weeding out all animal-based products from his diet in pursuit of better health and a higher ethical standard.

Jim Morris was not only a successful bodybuilder, martial artist, and a proud member of the gay community, he was also a kind and gentleman. He was most popular for his lengthy career as Elton John’s personal bodyguard, and a lifelong friend. Until his untimely and sudden passing at the age of 80, Jim continued to preach the vegan lifestyle and speak out about its long-term health benefits, all the while continuing to pump that iron in the gym.

Finally, Natalie Matthews is currently one of the most influential vegan athletes on social media, and her quick rise to popularity in the online world is not only accredited to her amazing physique as a vegan physique competitor, but also as an author of many vegan cookbooks. She is also an activist and a public speaker, advocating a cruelty-free lifestyle whenever she can, all the while posting truly inspirational content on her Instagram and other social media pages. If there is anything we can learn from Natalie, it’s that you can be a successful athlete on a vegan lifestyle, and more importantly, that eating vegan is tasty and rewarding.

No matter if you’re thinking of joining one of the most important causes in the world, or if you’re simply curious as to the benefits that a vegan lifestyle brings to the table, it’s important to know that almost everything you’ve been told by the meat industry is a lie. These are just some of the thousands upon thousands of successful athletes in the vegan community that is bringing the truth to light, so don’t be afraid to follow in their footsteps in order to change your life for good. 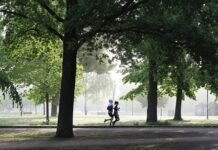 How to Combine Community and Fitness 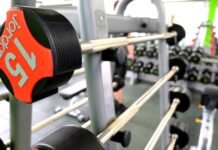 How to Prep Your Gym for Spring 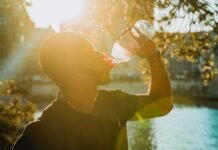 Importance Of Keeping Hydrated Whilst Training During The Hot Summer Months