Fair trade chocolate is becoming an extremely popular choice — but did you know that the Fairtrade System works with more than 1.65 million farmers around the world? There is a lot to consider when it comes to determining what type of chocolate person you are; do you opt for a magnificent milk chocolate or a delicious dark chocolate bar?

You can’t deny that Brits love their chocolate and eat around on average around three bars a week. As well as this, vegan chocolate options are now on the rise too. This highlights just how popular chocolate has become, but where does it come from?

The journey from Bolivia

Bolivia is the ideal location for creating chocolate due to its environmental conditions. However, there are six million growers, farmers and processors across Africa, Asia and Latin America to meet the demands of the rest of the world.

Although we receive a lot of our chocolate from Bolivia, did you know that it is one of the poorest countries in the world? The nation has an estimated population of 10.89 million people and sits alongside Brazil, Paraguay, Argentina, Chile, and Peru.

Alto Beni is a popular region for chocolate growth and the country has been producing it since the 1960s. Although many farmers grow cocoa, some have started to grow organic bananas, citrus fruits and vegetables, too.

Creating an inclusive workforce, El Ceilbo works with 50 co-operatives across the country and works with over 1,000 men and almost 200 women! As well as this, the majority of the additional money earnt from their own fair-trade cocoa is used to fund technical agricultural support, which is a programme that replaces cocoa plants and deforestation.

What you didn’t know about chocolate:

The key differences between raw and traditional chocolate:

It may come as a surprise that raw chocolate often contains less ingredients than traditional chocolate; this can include cocoa powder, butter and sugar — as well as any optional fruits. Traditional chocolate can contain milk, soya, sugars, sweeteners, soya, and a host of artificial flavourings and preservatives.

In commercial chocolate, the cocoa beans are roasted at a temperature between 130 and 400 degrees. When drying cocoa beans for raw chocolate, some cocoa growers just leave their beans outdoors to dry naturally in the sunlight! As well as this, any cocoa bean that is being used for raw chocolate oppose to traditional alternatives is never heated above 42 degrees.

The key differences between cocoa and cacao:

Believe it or not, both of these are the same plant. Though the words cocoa and cacao are often used interchangeably, generally cocoa is the term used for cacao that’s been fermented, dried, and roasted at high temperatures. It’s then pressed until all the oils are separated and the solids that remain can be turned into a dry powder — cocoa powder. Cacao powder is made in a very similar way, but at a far lower temperature.

Where does cocoa come from?

Native to Central America, you won’t be surprised to know that Theobroma Cacao was once used for medicinal benefits. This scientific name for the tree actually translates as ‘food of the gods’. These trees produce pods which contain 20-40 cacao beans — and it’s these beans that eventually get turned into chocolate. Theobroma Cacao trees grow most successfully in a narrow band called the Cocoa Belt or the Chocolate Belt. This band extends up to 20 degrees north and south of the equator.

What was the worth of chocolate?

You may find it hard to believe that during the Mayan times cocoa beans were used as currency and were worth more than gold. The Mayans maintained the value of cocoa beans by restricting the harvesting of the beans.

Do cocoa farmers ever try their chocolate?

A lot of them haven’t. Beans are shipped almost instantly, as if chocolate was created in these typically warm countries, it would melt! Many cocoa farmers will have never tasted chocolate in their lives. In 2017, Traidcraft hosted Linda, a cocoa farmer from the co-operative Kuapa Kokoo (and who grows fair trade cocoa for the Divine Chocolate Company), and she reminded us that any chocolate left lying around in Ghana would just melt anyway! 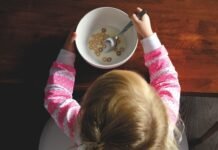 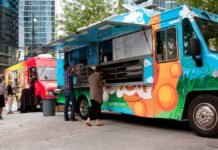 Basic Facts About Food Trucks You Should Know About 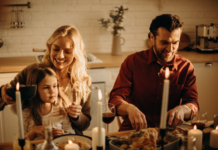 The Best Potluck Dish Ideas for Any Occasion