When you’re young, you can usually get away with eating practically anything. Some people survive their adolescence and make it to adulthood, subsisting on nothing but Coke and Twizzlers. By the time you get to be a bit older, though, you’re going to have to start watching what you eat.

Your body definitely has ways of telling you that you need to modify your diet, and your bowel movements are one of those. You might take them for granted when you’re younger, but as you get older, you may not have the regularity that you used to, and constipation is no fun for anyone.

Let’s go over a few of the best ways that you can stay regular as you age.

You’d like your body to run in a predictable fashion. Maybe you envision your body as running like a hospital, with medical billing companies keeping track of the expenses and orderlies caring for your vital organs as though they were patients.

When you start introducing certain substances into your body, though, it’s going to disrupt various processes, including your bowel movements. Some medications are likely culprits, particularly opioids that you might use for pain management.

Doctors are way more careful about prescribing opioids than they were twenty years ago. At one point, many of them were giving out Oxycontin and Vicodin as though they were candy.

Now, doctors know about their dependency, and they’re only too aware of the opioid crisis and all the deaths. They’ll still give them out to some deserving patients, especially ones with severe pain that they need to manage.

If you have an opioid prescription, such as if you’re coming off surgery, for instance, that’s going to back you up. It’s tough to be regular when you’re ingesting these medications daily.

You’ll need to gradually get yourself off them. If you find that you still need pain regulation help, you can use something like acetaminophen that won’t cause constipation.

Some people might not be aware of it, but if you dehydrate yourself, you’re not going to stay as regular as you’d otherwise be. If you drink other things besides water when you’re thirsty, such as coffee, energy drinks, and soft drinks, you’re dehydrating yourself further.

You must get in the habit of drinking more water if you want to stay regular. Some doctors will tell you to drink as many as 8 eight-ounce glasses of water each day.

One way for you to do that is to stop keeping other drinks in the house. If you don’t keep soft drinks or other options where you live, then you can’t drink them, and you’ll have to consume more water by default. You can also program a smartwatch or a similar wearable to remind you to drink water throughout the day.

You shouldn’t drink too many caffeinated drinks, such as coffee, tea, or soft drinks. However, these do contain caffeine, which is a diuretic. In other words, these beverages can help your bowels get moving again if you’re feeling backed up.

While you should drink mostly water, you can still use caffeinated drinks strategically for the purpose of moving your bowels. The real trick is to limit how much you consume and to do it at the same time of day.

If your body knows that you allow yourself one cup of coffee at the same time each day, then it will probably reward you with one bowel movement at approximately the same time every day. It’s nice to have that predictability, so allowing yourself a little caffeine daily is not such a bad thing, provided you do not overdo it.

Eating fiber-rich foods is also a way to keep things moving steadily through your system without any major backups. You might start the morning with a big bowl of Raisin Bran or Shredded Wheat.

If you’re not sure whether your breakfast cereal has enough fiber, look at the nutrition panel. There are some tasty breakfast cereals like Corn Flakes or Rice Krispies that unfortunately have no fiber whatsoever.

You might have a couple of soy-based burgers for lunch. These meatless substitutes can give you a good fiber dose. For snacks, you can have some dried fruits and raw nuts, which are also fiber-rich.

At dinner, consider having brown rice and beans as a side dish. Lots of green, leafy vegetables will help as well. 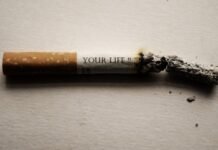 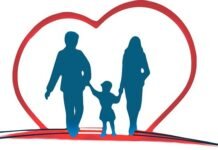 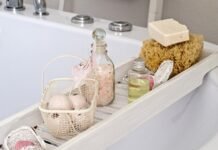