Some of you unfortunate enough to have needed and survived chemo know that the hell doesn’t end with the process of therapy, it is a long lasting cold battle long after. The dilemma whether it helps or not is not something to debate, it does help, many patients will agree and confirm that chemo probably saved their life. And there are studies that can confirm that.

What is chemotherapy? It is the use of any drug to treat a disease, usually intravenously, and the goal is to spread the drug throughout the whole body. While surgery and radiation therapy remove, kill or damage cancerous cell in a targeted area, chemo works everywhere and kills the potential metastasized cells to parts of the body elsewhere from the primary tumor.   The goals of chemotherapy are:

The problem with chemotherapy is that it does attack all active cells that grow and divide, like cancerous cells. But, this also includes healthy cells in your blood, mouth, digestive system, hair follicles, and bone marrow, which chemo attack with the same intensity as the targeted one. This has inspired scientists and doctors to look for the “long-term” side-effects of chemo, and does it does more harm than good, and why is cancer so fragile when treated with chemo in a lab environment, and why it is so hard when inside the human body.

A study done at the Fred Hutchinson Cancer Research center in Seattle has found that chemotherapy not only it does damage healthy cells, it also prohibits the secretion of a protein called WNT16B, a protein that boosts cancer cell survival. This protein when secreted interacts with cancerous cells and causes them to grow, spread and resist subsequent chemotherapy, which is noticed between treatments. This conclusion was confirmed with breast and ovarian cancer tumors treated with chemo. This would easily be fixed if some antibodies for the protein be combined with the chemo.

Many chemo drugs have been associated with different kinds of secondary cancers, most often myelodysplastic syndrome, and acute myelogenous leukemia. Although it was considered that the risk was really small, a study published in the Journal of Clinical Oncology, “Risk of Marrow Neoplasm after Adjuvant Breast Cancer Therapy: The National Comprehensive Cancer Network Experience”, has found that this risk is at least twice as high as has been reported. The researchers from the John Hopkins Kimmel Cancer Center analyzed the information of more than 20000 women who have been treated for early stage breast cancer between the years 1998 and 2007 and their link to bone marrow neoplasms, or leukemia. Based on the recurrence rates and additional cancer diagnoses, they came to the conclusion that leukemia after adjuvant chemo (after surgery) or radiotherapy was low, but still much higher than previously suspected. This risk continued to increase after 5 years.

Another study from Harvard Medical School and Massachusetts Amherst proved that chemo causes the formation of more cancer tumors, normally long term. They used 14 FDA approved chemotherapy drugs, and more of half of them gave the same disappointing result, making things better at the beginning, and much worse long after.

The latest study led by Dr. George Karagiannis at the Albert Einstein College of Medicine of Yeshiva University has found that chemotherapy spreads the cancer throughout the body even faster. This study was focused on breast cancer but will continue in other fields too. The study concluded that different chemotherapy can increase the amount of TMEM (tumor microenvironment of metastasis) who serve as gateways for tumor cells entering the vasculature. So while shrinking the tumor, chemotherapy can increase the risk of metastasis.

Unfortunately, despite the studies, which are many, the use of chemotherapy does continue, mostly because of the huge economy that makes the big pharmaceutical companies even richer, and the common people even poorer. Dr. Allen Levin says that many people die of chemotherapy, it does not eliminate breast, colon, or lung cancer, yet doctors still rely on the use of chemo. Despite the use of chemo, breast cancer mortality hasn’t changed significantly in the last 70 years. What chemo does is it hit the immune system so badly; it hasn’t had the time to recuperate so it cannot protect the body from common illnesses. While cancer flourishes on inflammations in the body, the chemo destroying the immune system raises the risk of further inflammations.

Dr. Ulrich Abel from the Heidelberg/Mannheim Tumor Clinic has done a massive and never before done research on every major study done on chemotherapy ever. After several years he gave the next conclusion: “The success of most chemotherapies is appalling. There is no scientific evidence for its ability to extend in any appreciable way the lives of patients suffering from the most common organic cancer. Chemotherapy for malignancies too advanced for surgery, which accounts for 80 percent of all cancers, is a scientific wasteland.”This statement has been ignored and buried by the mass media for more than obvious reasons, which of course is money! 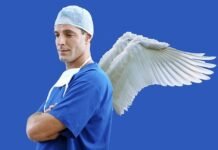