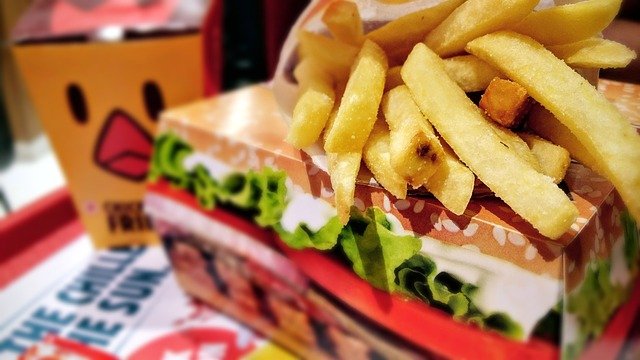 No matter how much we try, we cannot resist the smell and taste of a big burger, filled with small piece of salad, cheese, covered with mayo and ketchup, and we keep on drooling and come to it so close you can already feel it in your stomach. And that actually is where the fast food trouble begins, as soon as it gets in to your stomach, or mouth, or maybe even your hands!

Before we continue let’s make it clear and less drastic, the occasional visit to the clown, or colonel, or any of the many chickens, is not bad at all, normally occasional meaning once per week, if possible even less. Why? Because of oh so many reasons, most of them life threatening! And I wish I was kidding, but unfortunately, I am not. Eating too much fast food is like smoking too much, or drinking too much, in time, it will consume your health and deplete the life out of you. Ok, maybe now I am being drastic and dramatic, but let us look at some facts, and then we’ll see how far I have reached.

What is fast food? In most of the cases, it is highly processed, with high amounts of carbohydrates, added sugar, saturated fats, and large amounts of sodium, or salt. While offering very little or not at all nutrition, fast food is almost always high in calories, much more than our bodies require, causing our body to store a lot of unneeded fat, pressuring the pancreas, clotting arteries, gaining weight, all the way to lowering your self-esteem and getting depressed.

We are going to list some of the most frequent and obvious problems you can get when consuming fast food.

Of course, there is a way to keep a balance in your fast food intake, and there are even choices in fast food restaurants that are not completely rubbish and in certain cases, there is even food which is good for you. Check those few super-easy food hacks that will improve your concentration, memory, & mood. No, not talking about Cesar salad, not in a fast food, with suspicious chicken, dressing filled with sodium, trans fat all over the dish. And you need discipline, and you can occasionally treat yourself with a cheeseburger, and fries, and even a shake, but again, occasionally, and responsibly. After all, it is your body, your temple!