Home Dental Health Gap in Your Front Teeth: The Causes and the Solution

The official name for a gap or space between the teeth is diastema. Space can form at any location in the mouth, but they are usually the most noticeable when they occur between the two upper front teeth. Diastema is a condition that can affect both children and adults. For children, the gap may disappear when the permanent teeth begin to grow in.

For some people, the gaps are almost invisible. However, other gaps are larger and pose cosmetic concerns for some individuals. If a person does not like how the gap looks, it is possible to use Cosmetic Dental Services to have it closed.

There is no one, single case of diastema. Instead, there are several possible factors that contribute to this condition. For some people, the condition is related to the size of their teeth and the size of their jawbones. If a person’s teeth are too small for their jaw, a gap may form. This results in teeth that look like they are spaced too far apart. The size of a person’s jawbone and teeth can be impacted by genetics, which means diastema may run in families.

Someone may develop diastema if tissue bordering the gums becomes overgrown. If this happens, the overgrowth can cause separation between the two front teeth, which results in a visible gap. Some bad habits can cause a gap, too. For example, children who suck their thumb may have a gap because of the pressure the sucking motion puts on their front teeth.

For adults and older children, diastema may develop because of incorrect swallowing reflexes. Instead of the tongue putting itself at the roof of the mouth when someone swallows, it will begin to push against the front teeth. Most dentists call this tongue thrust. It may seem harmless, but if excessive pressure occurs, it can result in a gap.

Diastema treatment may be necessary, but not always. This is usually dependent on the underlying cause of the condition. For some, a diastema is just a cosmetic issue and it does not indicate something that is more serious, like gum disease.

One of the most common treatments for diastema is braces. Braces include brackets and wires that put pressure on teeth to move them together slowly. This will close the gap. Removal and invisible braces can be used to treat some cases of diastema, too.

If a person does not want to get braces (which is common for many adults), there are cosmetic procedures that can be used to fill in gaps between the teeth. One option is dental veneers. Sometimes, a dental bridge can be used, which can correct the gap or replace the tooth that is missing.

If the gums over the two front teeth are overextended, and a gap has occurred, surgery can be done to remove this tissue and fix the gap. Sometimes, braces are still needed to close bigger gaps.

When it comes to cases of diastema, there are a few causes and multiple treatment options. Understanding what these are is the best way to fix the problem and minimize future issues that may arise. Keep this in mind to ensure that the right treatment is provided and the condition is handled in the best way possible. 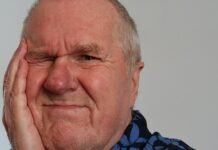 Tips to Improve the Oral Health of the Elderly 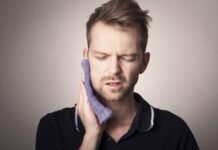 What is a Toothache Trying to Tell You? 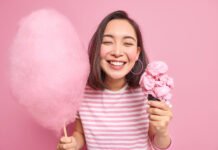 The Best Food For Toothache