Hypospadias is a genital malformation that causes a defect in the urethra of the male phallus and affects around 1 in 200-300 live male births.

The malfunction causes the urethral meatus to open proximally and ventrally along the line of the penile shaft to the scrotum, instead of opening at the tip of the glans.

Most commonly, hypospadias is a congenital condition but can also occur following surgeries of the phallus in adults. As per the position of the meatus, hypospadias can cause a deflection in the urinary stream and give rise to sexual complications along with the discourse.

Several changes at molecular and cellular levels influence the genetic components responsible for the mutated formation of the meatal opening.

Despite a strong familial hereditary predisposition (57 – 77%), hypospadias is also associated with environmental factors and hormonal imbalance.

While 30% of cases of hypospadias have an apparent genetic susceptibility, its genital malformation has been termed as a form of a disorder of sexual development (DSD). Around 70% of hypospadias cases are known to occur along the anterior urethra which gives rise to mild to moderate urinary and sexual implications.

The remaining 30% arise on the posterior and penile urethra, and as they can implicate the scrotum due to their proximity, they are termed to be highly severe and might warrant surgical repair for relief of urinary and sexual implications.

Hypospadias can occur in association with several syndromes such as WAGR or, more commonly, other genital malformations such as cryptorchidism or undescended testes.

As cryptorchidism is the most prevalent genital abnormality in males preceding hypospadias, the rate of the two occurring together is higher than any other syndrome. The occurrence of such genital comorbidities is preferably higher due to a clear-cut genetic cause and androgen deficiency, which can be further evaluated with the help of hormonal assays.

The development of the external genitalia, including the penis, is influenced by both hormone-independent and hormone-dependent stages, which occur at 5-8 and 8-12 weeks of gestation, respectively.

The external genitalia of both males and females are indistinguishable during the hormone-independent phase, primarily during the beginning of the 5th week of gestation. Phallus development is a crucial process in gender differentiation that is governed by molecular signaling pathways as well as genes.

The meatal opening at the tip of the penis is governed by the closure of the urethral folds that usually occurs along the ventral midline of the penile urethra. Failure to do so during the hormone-independent phases gives rise to a displaced urethral opening of the meatus, which can be complicated by a ventral curvature of the penis known as chordee.

In addition to chordee, structural implications can also arise in the development of the foreskin, giving rise to one of a hooded nature. The hooded foreskin is usually observed at the time of circumcision, albeit in religious holdings, where the parents of the male infant also come to notice the hypospadias.

A research conducted in Europe was found to have a familial predisposition towards the occurrence of anterior and middle (penile) hypospadias.

It was found that a sibling with hypospadias can play a crucial role in ‘familial clustering,’ and similar genes can implicate a sibling’s urethral formation as well.

There are several urologists, including Dr. Nicol Bush and Dr. Warren Snodgrass of The Hypospadias Specialty Center, who deal in hypospadias surgery of both infants and adults. Given the degree and variant of complications in both infants and adults, it is better to opt for correction of the urethral opening before the male child grows up towards the development of a urethrocutaneous fistula, urethral strictures, or worse, sexual implications.

Role of Signaling Pathways in Genetic Implication of Hypospadias

There are signaling pathways that affect the differentiation of the genital tubercle during the hormone-independent phase of gestation.

The Hedgehog Signaling Pathway is known to have prominent significance in embryogenesis and is, in particular, activated by the Sonic Hedgehog (SHH) gene that can complicate the development of the external genitalia in males.

While the HH pathway governs the development and differentiation of the urethra in mice, there is significant evidence that its variants are associated and, therefore, implicated in urethral development in human males as well.

Similarly, the SHH gene along with PTCH1, SMO, and GLI1 genes play a crucial role in governing expression and concurrent activation of the Hh pathway during the time of urethral closure in a human male fetus.

The WWT Signaling Pathway, however, is not associated with any case of isolated hypospadias as reported on account of higher estimation of lethality but can give rise to syndrome-associated hypospadias due to mutations in genetic activation or expression.

The Role of Androgens in Hypospadias

The direct mutation is the production of androgens can also affect the differentiation of the phallus during the hormone-dependent phase of gestation. Late-onset androgen insufficiency can also occur along with hypospadias and is more commonly associated with male pseudohermaphroditism and adrenal insufficiency.

Several factors also show a link between the development of hypospadias and exposure to the estrogenic environment. When speaking in terms of oral contraceptives, there is no such evidence that backs the occurrence of hypospadias.

Intracytoplasmic sperm injections and in vitro fertilization, however, have shown to have a significant association with hypospadias. While the data might be controversial, experts still support natural contraceptive ways to make room for healthy phallus development and minimize risks of hypospadias in infant males.

While several signaling pathways are still undergoing a thorough process of unraveling and consequent study, there is no hiding from the significant role of hypospadias in the diminished quality of a male’s life. 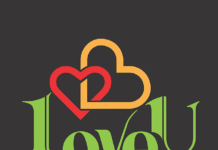 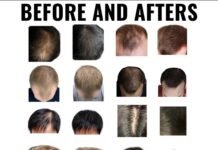 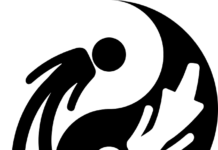