Competitors use a variety of dietary and supplementation strategies to prepare for a competition. At the same time, some clandestinely cheat by using steroids or drugs to make their muscle appearance look fantastic and more apparent, thus winning the match.

What is Natural Bodybuilding?

Natural bodybuilding does not involve the use of anabolic steroids, hormones, testosterone, and, in some cases, drugs such as cannabinoids and CBD. Many leagues sponsor natural bodybuilding competitions, and some have different prohibited substance lists than others.

Some associations also prohibit the use of certain prescription medications. In extreme cases, contestants may be required to take a polygraph test to ensure they are not lying about using any prohibited substances.

Natural and enhanced bodybuilding reduces body fat while retaining as much muscle as possible and having a symmetrical, striated physique. Steroids can make this much easier, but a top-tier figure is definitely possible without them.

Just like in professional bodybuilding, you can compete in leagues ranging from Open to Men’s Physique to Bikini. However, because natural bodybuilding isn’t as popular as non-drug tested bodybuilding and thus has fewer big-name sponsors, the prizes for natural bodybuilding shows are typically much lower. Some leagues don’t award cash prizes and instead give out trophies and medals.

The absence of anabolic steroids is sufficient for some natural means, i.e., they are content with using growth hormones, SARMs, peptides, and other prohormone stacks. Then there are those for whom none of those above falls into the natural category. They have no objections to taking supplements. But then they use anything and everything in terms of supplements, trying to convince themselves that these aren’t, at the very least, steroids.

However, a third category uses words like ‘holistic,’ ‘detox,’ and so on and is even opposed to the use of most supplements. Some are fine, but most go too far, adding their definitions and meanings to terms. The fourth category is extremists or the other way around.

What qualifies as ‘natural’ for them are very specific food groups. For vegans, for example, supplements are unnatural, as are steroids or hormones. Non-vegetarian diets are completely out of the question, and milk and other animal products, such as honey, are synthetic.

The answer for a competitive bodybuilder is found in the guidelines of the sanctioning organization in which they participate. ALWAYS CHECK THE LIST OF PROHIBITED SUBSTANCES FOR THE COMPETITION AND/OR GOVERNING BODY IN WHICH YOU ARE PARTAKING!

You can consider yourself “natural” if you meet the conditions of the sanctioning body (a recognized group or institution that regulates and recognizes competitions).

On the other hand, many contests are not drug tested at all. You have no right to complain if you know ahead of time that you will be competing in an untested event and lose to someone you believe is an unnatural athlete. You opted to compete in those circumstances.

How can you tell whether someone is a natural bodybuilder?

Natural bodybuilders’ famous credo is to ‘reduce fat and build muscle,’ hence they usually weigh less than others think.

If you’ve ever seen bodybuilders compete in the Mr. Olympia competition, you’ll notice that they’re far lighter than they appear. The 3-D muscles give the impression that they weigh more, yet their weight usually is around 270 pounds or less.

A person who engages in bodybuilding will lose weight. If he utilizes anabolic steroids or other anabolic medicines, his body will most likely appear to be made of plastic or, worse, Photoshopped. Meanwhile, while reducing a significant amount of body fat, a natural bodybuilder keeps his worldly appearance.

They will appear slim for a short amount of time, but they will be able to peak in time for photoshoots, unlike steroid users, who appear competition-ready all year since the medicines allow them to maintain such physique.

The ratio of their head to their body is one of the most amusing adaptations among bodybuilders who utilize drugs. As their muscles grow, their heads may appear too small for their bodies. Although steroids can occasionally make the head appear larger, they will always be out of proportion to the rest of the body. Natural lifters maintain the proper head-to-body ratio, and their muscles grow at a slower pace.

Natural bodybuilders may appear deficient in some situations. By glancing at someone’s traps and shoulders, you can tell if they’re a natural lifter. Their muscles become flat and drained due to the diet, and as previously said, they develop at a slower rate. It is difficult to grow muscle while losing weight, as lifters do.

While on a diet, a steroid user can get bigger shoulders and traps. Anabolic steroid users have a higher carbohydrate or fat allowance, consuming more unhealthy meals.

Natural bodybuilders establish healthier habits due to not forcing themselves to acquire muscles, giving them a more youthful appearance. They can prevent anabolic steroid side effects including weariness, a disruption in sleep habits, and baldness. If you want to get more information about bodybuilding supplements and their benefits, visit thBlack.com.

How do phony natural bodybuilders avoid being detected positive in drugs on a drug test?

Fake natural bodybuilders can smuggle a condom full of clean urine beneath your balls and plop it into the glass after requesting a little more privacy. Some women will carry urine in the padding beneath their suit top.

People can get away with using diuretics to disguise everything in the pee because some of the tests are relatively basic. Bribery, or offering them a few extra bucks in exchange for their getting off your back, can work wonders.

Some professionals know just when to quit taking each substance so that it won’t be detected while remaining active in their system long enough to maintain improvements.

These resources can be found through simple investigation. After you come clean, the modifications you can make to your drug cycles will not go away. You should be able to retain a large chunk of your gains if your diet and exercise are on track.

Bodybuilders can also improve their appearance by using Synthol or other non-pharmaceutical site enhancers. No one will notice if they do it correctly, and it can help them gain size in areas where they are lacking. These substances, of course, do not show up on drug tests because they are not drugs. 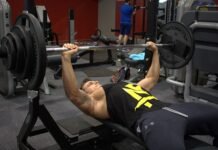 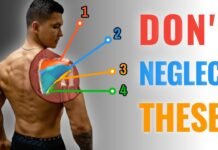 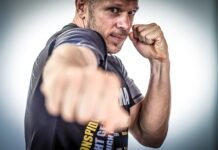 A Healthy Exercise For Your Fitness Goals