Home Science Kratom: Is it Safe for You?

Kratom (Mitragyna speciosa) is an evergreen tropical plant in the larger coffee family and native to South Asian countries, such as Thailand, Malaysia, and Myanmar. People living in South East Asia sometimes use it for help with pain relief, diarrhea, cough, and fatigue.

Recently, interest in the kratom has grown sharply in the United States because the plant is seen as an alternative to common opioid pain relievers. However, others also use kratom to get high. Although it is legal, the Drug Enforcement Agency (DEA) has listed it as a “Drug of Concern” because of potential safety concerns. So, is Kratom Safe?

Facts and Use of Kratom

Kratom has been found to have more than 40 alkaloids, with mitragynine and 7-hydroxymitragynine being the most active when taken by humans. Other alkaloids include paynantheine, speciogynine, and mitraphylline.

Mitragynine found in kratom may help to control pain in a human body by attaching to opioid receptors. Most people who use kratom indicate they take it for pain relief and improving mood. Others use it to help them quit opioid drugs or reducing the effect of opioid withdrawal.

Kratom leaves are dried and then made into a powder for use. The powders might also be enriched with extracts from other herbs. Kratom is also available in capsule, tablet, and paste forms. In the US, most people brew kratom as a tea and use it for pain relief.

What Does Research Say?

According to the Food and Drug Administration (FDA) studies, kratom acts as an agonist, meaning that it binds to mu-opioid receptors in the brain. Note that the mu-opioid is the same part of a human brain that gets activated when you use opioids such as heroin or prescription painkillers.

In another study published in the International Journal on Drug Policy in 2010, researchers described kratom as “an affordable, readily available and with no serious side effects even with prolonged use.”

More recently, in 2016, a study published in the Journal of Medicinal Chemistry concluded that kratom may help with pain relief but might not slow down breathing to the same extent as other pain-relieving drugs, such as morphine. However, researchers called for further studies on the compounds found in kratom.

Possible Side Effects of Using Kratom

When used in high dosages or over a long period, kratom might have the following side effects:

Kratom and Need for Effective Testing

While researchers appear to agree that Kratom side effects are mild, even when used over a long period, it is important that it is tested appropriately to ensure it does not contain harmful components.

For example, the salmonella infections outbreak of 2018 across 41 states was linked to contamination of kratom.

Like CBD (cannabidiol) products in the market that are subjected to rigorous testing to ensure they are safe for use, so should kratom. It is, therefore, crucial that Kratom products get tested for heavy metals, bio-contaminants, and pesticides in an accredited laboratory.

As more researchers point at the potential benefits of using kratom, the need to ensure it is free from harmful contaminants is becoming more crucial. Check us here for more infos on kratom and related testing. 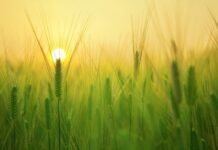