Hemp oil is one of many contentious substances produced by the same plant family that ends up as marijuana, yet for anyone versed in biology, the issues surrounding this oil are not worth considering. Hemp oil is an oil squeezed out of the seeds of the plant, while psychoactive THC is found only in the leaves. Even though anything from this plant is lumped together into a universal stigma, hemp oil has real health benefits and major therapeutic effects on patients suffering from chronic pain, so it’s worth considering the basics of this substance for medicinal use.

If you want to understand hemp oil, it’s best to start from the beginning, which is by understanding how it is made and what the procedures are that separate it from its leafy plant. The only way any of the leaves is ending up in the pressing section of a particular factory is via residue from close contact, which can be as low as 2 ppm (parts per million). If you want a quick, relatable reference for ppm, and you should, most drinking water contains between 1 and 250 ppm of both iron and sulfates, compounds of sulfur that can have health effects on a tiny scale.

Understanding the scale of psychoactivity is important because hemp oil and CBD in general do have an effect on something. Patients commonly report major relief of pain, lessening of nausea, and other chronic symptoms that can make living every day a nightmare. So, what is it in hemp oil that causes such relief if not THC?

Most cannabinoid compounds, including THC and CBD function by affecting a system called the endocannabinoid system (ECS). This system greatly affects sleep and pain, in addition to other functions common to systems across the body such as the immune system. THC works by stimulating the receptors of this system, buzzing the body with a huge rush of dopamine and other pleasure chemicals. CBD is in a separate category altogether.

The science surrounding CBD is difficult to nail down because the regulation of substances surrounding this chemical has made it absolute hell to study. In general, though, it is well known that CBD does not work through the same receptors as THC, but rather creates a more holistic effect on the system. In other words, it does affect the endocannabinoid system but does not stimulate an addictive pleasure response from the dopamine-producing areas of the brain.

If you are looking only for relief from chronic pain, this is the section for you since the exact pathway for relief is still highly contentious. Some studies, which you can find at this link: https://www.medicalnewstoday.com/articles/319475#effects have found that CBD influences the ECS system in conjunction with other, similar systems. In general, it is clear that the chemical’s primary effect on pain is found through increasing pain regulation compounds, which would dul the perception of said pain. If there is no avenue for permanent relief of pain, this is a highly tempting avenue for making life a little better.

In general, chronic pain is a result of chronic inflammation resulting from, you guessed it, something chronic happening incorrectly in the body. CBD has been shown to have a significant effect on inflammation, providing a roof that a lot of chronic pain has trouble passing through. The nervous system sometimes needs a chance to calm down from months to years of constant pain, so giving yourself a reprieve may have a more dramatic effect than most people realize.

Methods to the Madness

While CBD is an understudied compound, and while it is also shown to be pretty safe, it is worth considering methods of intaking a compound like this to avoid complications. Before going any further, please consult with a doctor before trying anything like this. Chances are, talking it through with a physician will be a thousand times better than anything anyone can tell you through word of mouth.

CBD comes in pills, sprays, even ingestible gummies, and other similarly delectable alternatives. Though, for most people that is a minor consideration, and the biggest thing of all to be aware of is that CBD can come in different concentrations that vary in their effect. If you go straight to a huge dose, any bad effects that could happen will happen, intensely, so do your research. You can visit this site to see some general advice and products that may help you to make that jump into this kind of niche.

Conclusions for the Chronic

If you are genuinely suffering from chronic pain, the chances of recovery are slim. It can seem hopeless, a constant sharp, throbbing, or generalized pain that can sap the joy from every aspect of life. CBD is an avenue for treatment, and though not well-studied right now, the positives of trying may far outweigh potential issues. Don’t judge a book by its cover.

For anyone suffering from chronic pain, the biggest thing to do is not lose hope. Medicine advances fast, things are always popping up that can fix just about anything. Money in the United States aside, if you are facing a lifetime of the thing hurting right now, don’t give up, keep trying things, keep your eyes facing toward the future, and make sure you are doing your best for yourself and everyone around you. Good luck! 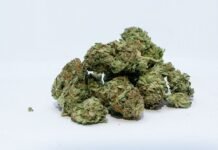 Why Do People Prefer Georgia Pie Seeds As A Snack?