Alzheimer’s disease is a degenerative condition affecting the brain and is one of the most common forms of dementia. It’s progression and effects on the body have been divided into seven stages according to how severely it affects the person.

While it can be hard to classify someone as being in one stage due to overlap, using the seven stages can indicate the progression of the disease.

Alzheimer Stage One: No impairment

Quite simply, this stage means that everything is functioning ‘normally’. There will be no cognitive issues.

The person may forget small things, such as picking up spectacles or their purse, or may be unable to remember the word for something. A medical examination will not show anything and quite often these changes can be blamed on our natural aging process, although it can sometimes be the early stages of Alzheimer’s. Family and friends will not notice that anything is different at this stage.

Sometimes, Alzheimer’s disease can be diagnosed in its early stage if they suffer from a specific set of symptoms.

At this stage, family, friends and colleagues may begin to notice that there are problems as they become a little more apparent.

If a medical appointment and examination is arranged at this stage, a doctor will be able to detect very obvious problems in the person as symptoms that would allow an accurate diagnosis are now clearer. The areas in which the person is deficient are:

On top of this, someone in this stage of Alzheimer’s disease may appear withdrawn or subdued, particularly if they find themselves in a situation which could challenge them mentally or socially.

Further deteriorationbecomes apparent, major gaps in one’s memory start to appear, confusion starts to take over and cognitive function is worse. Assistance is often required, although using the bathroom and managing personal hygiene is not usually an issue yet.

When in an examination with a doctor, the patient may be unable to remember details from their life such as their address or phone number, then when asked to do an easy mental arithmetic exercise (such as counting backwards from a low number in 2s or 3s) they may struggle.

Usually, the person is still able to remember names and has a great amount of knowledge and memories surrounding their family.

This stage shows significant and oftendistressing personality changes. The person will require a considerable amount of help as their cognitive function worsens. The memory continues to get worse, with the sufferer being unable to accurately recall their personal history although they can still recognise familiar faces.

Using the bathroom can becomea challenge, and the sufferer may need help with the details,such as remembering to flush or wiping up properlyand disposing of used tissue. ‘Accidents’ may become more frequent too.

As well as sleep disturbance, behaviour changes begin to occur. This can include repetitive actions such as wringing the hands, hallucinations, or becoming suspicious and deluded, perhaps accusing the carer or spouse as being an impostor.

This is the seventh and final Alzheimer’s disease, where the sufferer will lose many of their abilities, becoming unable to speak, not responding to anything around them and becoming unable to control movement. They will require round the clock care and will be unable to eat, sit unaided, walk, swallow and hold their urine. 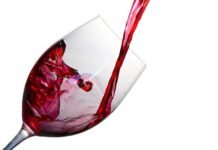 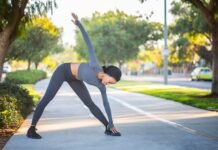 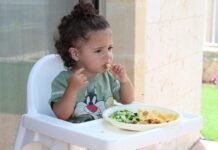