Ovulation is a part of the female menstrual cycle where an egg is discharged from the follicle of the ovary. It is during this process that the egg, contained in a ‘collection’ of cells, leaves the ovary and travels down the fallopian tube where it may be met by a sperm and become fertilised and ultimately begin the pregnancy process. Interestingly, ovulation will happen only 400 times in a woman’s life so it is a unique process in the body and can be looked at as the beginning of the possibility of new life. Once the egg leaves the ovary, it has up to 24 hours for when it can be fertilised and within this time, it needs to connect with the vital ingredient – male sperm if fertilisation (the physical fusion of the female egg and male sperm) is to occur. A fertilised egg will implant itself in the womb, while an unfertilised egg slowly stops producing hormones and in effect fades away. In addition, the lining of the uterus begins to break down and prepares to exit the body for the menstruation process.

A woman’s menstrual cycle lasts on average between 28 and 32 days. The first day of her menstrual period is considered the beginning of a cycle. Ovulation itself generally occurs between day 10 and day 19 of the menstrual cycle, or 12 to 16 days before the next period is due and this is the vital time which a woman needs to know about if they wish to try to get pregnant.

During ovulation, the cervical mucus a woman secretes increases in volume and becomes thicker due to higher Oestrogen hormonal levels. Research has said that the cervical mucus resembles egg whites at a woman’s most fertile point. Secondly, there may be an increase in body temperature (0.4 to 1.0 degrees on average). Women are generally most fertile for two to three days before the temperature achieves its maximum; therefore a woman could monitor her temperature, note it and have the ability to assess the optimum time for trying to get pregnant.

Some women have been known to be able to ‘feel’ ovulation happening. It is described as being slightly achy or a pang of pain. Of course, you can also purchase ovulation kits in a pharmacy which works by detecting the presence of ovulation hormones in the urine. 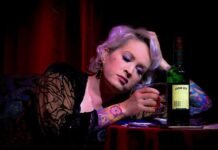 How To Pick The Best Women’s Liquid Vitamins