The kind of environment one is exposed to these days has undoubtedly severe impacts on physiology of a human body and more particularly relating to nasal allergies.  If you feel like you have been succumbing  to frequent colds and choking of nose that deteriorate your whole day’s schedule, you have been a victim of nasal allergies. You may encounter it in many forms, just as your “cold” may not look like cold where you may have fallen prey to hay fever, chronic nasal allergy or allergic rhinitis.

You might be interested to know who the culprits for such infectious allergies are. They are too small and seemingly harmless substances such as pollen or mold.

Allergens are the substances that trigger nasal allergies after more than normal and excessive one’s exposure to it causing the immune system to exaggerate and buckle under.

Such allergens are specific to you, for the ones that cause you stuffy or runny nose or other symptoms may not hinder someone else exposed to the same allergens.

It’s a fierce battle between immune system and otherwise harmless substances and the battle ground lies inside your body.

Normally the mighty immune system of your body turns out to be the winner by warding off the attacks of potentially harmful microscopic invaders (bacteria, viruses etc).

Occasionally when an allergen manages to enter your body ,your immune system senses the dangerous situation and launches a defense by releasing powerful chemicals called ‘histamine’ which makes your nose run and feel like entry of Tsunami in your nose eventually causing sneezing and other discomfort.

It’s a misunderstood response by the body but the price has to be paid in the form of such nasal allergies.

How to get rid of such unpredictable and obnoxious allergies?

Let’s check out the treatments/Medications for the same that might ease your allergic  problems:

Do not ignore nasal allergy symptoms, because they can hurt your quality of life – and get worse. 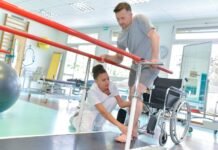 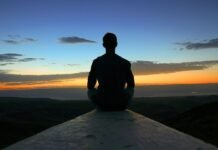