Home Health What Is IBS And How Herbs Helps in Treating IBS (Irritable Bowel... 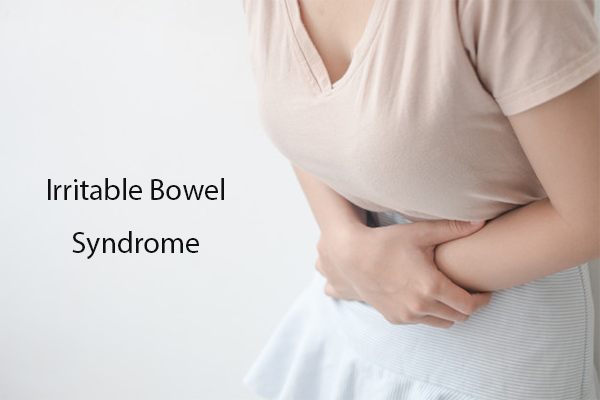 Both large and small intestines are part of our digestive system. It helps in removing waste from the body. IBS (Irritable Bowel Syndrome) affects our lower gastrointestinal tract consisting of both large and small intestines. As IBS is a chronic condition, it needs to be managed well for a longer relief. Here, we will be sharing all the relevant information regarding the causes, symptoms and herbal treatment of the disease. Irritable Bowel Syndrome (IBS) is also known as spastic colitis or irritable colon. Sometimes, people tend to confuse it with Inflammatory Bowel Disease (IBD) which is a different disease related with swelling and irritation in the digestive tract. IBS is one of the commonest disorders of our gastrointestinal tract and is a long-standing bowel dysfunction associated with pain in the abdomen without any known cause. Bowel condition is either disturbed by diarrhea or constipation or both. Some forms of IBS were also known as nervous diarrhea in the past. Patients suffering from Irritable Bowel Syndrome face downward pressure and feel balloons like inflammation in their rectum.

The clinical features / symptoms of IBS vary from person to person but the most commonly of them are:-

The main cause for IBS is still not known but there are two main factors that are counted as responsible for its occurrence: –

Others triggering factors may be any or some of the following: –

There are various types of test done in IBS such as

Management of IBS As Per the Modern Point of View

According to modern science, IBS is just due to a sedentary lifestyle and they treat the patient on the basis of symptoms and not the cause. It is important for them to know what kind of IBS it is. If it is constipation predominant then they give laxatives to pass the stool or if it is diarrhea predominant, they give anticholinergic drugs for pain and diarrhea to suppress the symptoms. They give probiotics, antibiotics or anti-depressants based on the symptoms. Thus, it recurs. So, to eliminate the disease for a long term or forever, it is very important to treat the root causes.

Ayurveda is the way of healing naturally and maintaining good health. According to Ayurveda, good digestive health is very vital for an entire healthy body. IBS is related to Grahani in Ayurveda as the symptoms are similar in both. Grahani is the room for Agni, the digestive fire. Agni helps in proper digestion of food and if Agni is affected in any manner, it causes the Agni mandya which is decreased metabolic fire. Agni mandya can be caused due to both physical and mental factors. Therefore, Ayurveda stresses on the holistic health of the person, including mental, emotional, and physical. Ayurveda is a treasure of such potent and effective Herbs that act naturally on the systems inside the body and treat symptoms without suppressing them and giving side effects. Herbal medicines are considered as the best and safest alternative to treat IBS.

Herbs That Helps In Treating IBS

It is a very famous medicinal herb whose all parts (root, flower, stem) are used in the herbal formulations. A single herb formulation prepared with this herb is famously known as Kutajghan Vati (Tablets made up of pure extract of Kutaj). It has anti-diarrhea and anti-dysenteric properties proving it helpful in treating IBS. It also helps in balancing the Pitta dosha, which is deformed in IBS. It helps in managing Grahani referred to as mal-absorption which is similar to IBS. So, by taking Kutaj one can treat their IBS safely. This herb is useful in boosting the immune system as well.

Giloy, also known as Guduchi & Amrita in India, is effectively used in Ayurveda for treating IBS, enhancing immunity and preventing viral infections. It is bitter in taste and is easily available in places like Bihar, West Bengal and Karnataka. Giloy has excellent antipyretic, and anti-inflammatory properties, acts as a blood purifier and is good for digestion. It helps the digestive system to remove ama (toxins) and balances Kapha dosha. Taking Giloy also helps in reducing stress and anxiety which ultimately improves mental health. Not only IBS, it is also helpful in treating chronic fever, gout, skin problems, anemia, etc. Giloy is an amazing herb full of medicinal properties and safe to be used by any age group. it shows only positive effects on health due to which its name is Amrita.

Curcumin is a very well-known herb used in every Indian home as a spice and commonly known as Turmeric or Haridra. Turmeric belongs to the family of ginger which is also a very useful herb. Curcumin has numerous medicinal properties and is used in both Ayurvedic and Chinese medicine. Due to its anti-inflammatory actions, it is used in the treatment of any kind of inflammatory diseases, especially in case of digestive system. One should consider taking it in their daily diet for people with IBS or any other digestive problem.

Amla is one of the most famous herbs used globally and known as Indian gooseberry. It is especially recommended to people who have digestion or skin problems. Amla should be taken in an empty stomach, every morning as it has proven to be very efficacious in problems like flatulence, gas or acidity as also seen in IBS patients. People who are not fond of taking sour things in raw form, they can grind Amla then take its juice mixed with water. Also, Amalaki Rasayan capsules prepared with the standardized extract of the herb can be a better, more beneficial and convenient choice.

Saunf is also known as Fennel and is full of Nutrients, Vitamins and Minerals. It possesses anti-inflammatory, anti-flatulence and antimicrobial properties. Due to its medicinal properties, it is very helpful in digestive problems like Bloating, flatulence, Nausea and vomiting, pain in abdomen, etc. It pacifies Tridoshas (Vata, Pitta and Kapha). You can boil it in Water and drink with it or after straining or can eat it as well.

Useful Tips to keep in mind to Avoid IBS

Treating IBS with herbal remedies or medicines can have successful and good results, provided that the physician is well-experienced and an expert of herbs along with the diet and lifestyle to be followed. Herbs help to treat the disease naturally and treat the person holistically only when they are well-utilized. In ayurveda, it is believed that herbs mainly help in balancing our Agni (metabolic fire) and tridoshas and reduces Ama (toxins) from the body. These three are almost the most basic causes of all the sickness. One must consider using Ayurvedic medicine for IBS after consulting with Ayurveda experts.