Home Lifestyle Why is Bourbon Aged in Barrels?

For individuals who are not so familiar with bourbon whiskey, they may appear to follow a seemingly similar rule to any other liquors out there. Some may ask if these drinks are needed to be produced in the first place in Kentucky in order to be called an official bourbon or if it’s necessary to get them into barrels and wait for the aging process.

The truth is that to create the distinctive tastes that the patrons have come to love and know, the distillers should take various stems and ensure that each batch is produced at a high-quality level. Yet, it’s also worth noting that there are only a handful of rules that will dictate what is or is not considered a bourbon.

These rules are not fixed and arbitrary. However, for someone who has decided the fact that they should be in place, there’s a reason for this, and as an example, this liquor will not be called bourbon if it’s not aged in a barrel. You might also have questions about how long is bourbon aged, and the answer is a minimum of two years. There are, of course, older ones such as four years or more, and distilleries must put appropriate labels on their bottles for the consumers to know.

What Makes this Drink Unique?

Bourbons are generally a type of whiskey that’s made up of fermented grain mash. All of these liquors are considered whiskey. However, not all whiskeys are considered bourbon. Others have blended mixes, rye or Scotch, and they differ in taste, aroma, and ingredients. They were also made from different regions on the planet, and they don’t have the same distillation methods.

Scotch does not have to be produced by malted barley. On the other hand, there’s the bourbon that’s created uniquely from corn mash. There are even legalities out there, such as when you want the drink to be considered a bourbon, it should be made up of at least 51% corn. Learn more info about this whiskey in this link here.

What Does Aging Mean?

Many of the barrels consist of about 53 gallons, and this is not a necessary requirement. However, the distillers are required for these containers to be charred on each side. When burning the barrels, the flames are shot through them to toast them for a specific period.

Many distillers may prefer the number 4 char where the roasting takes about 55 seconds max. However, other numbers are also acceptable. When the flames are licking the sides of the wooden barrel, the wood sugars are getting caramelized. As the whiskey is aged, these sugars will impart a distinctive taste of coffee in them and mix into the distilled alcohol. These are the unique flavors that many people have come to love.

When the beverages are distilled initially, know that they have a powerful aroma of alcohol, and they tend to taste bitter. The resulting products are usually apparent similarities to that of vodka. The aging process tends to mellow this harshness of alcohol, and it lends a woody scent into the drink. Read info about alcohol in this link: https://www.quickanddirtytips.com/education/grammar/why-alcohol-is-hard.

The flavors and rich notes that appear in the drinks tend to come from the barrels, and they become more complex and richer as time goes by. The longer the whiskey sits inside the barrel, the richer it will be. However, know that there are certain federal limitations to these because they can’t be aged for more than 25 years. They tend to lose some of their flavors at 15 years and take on a bitter turn.

Another thing about this whiskey is it should be aged in new barrels. The previous ones should never be reused, at least not for making more of the drink. In many cases, the distillers are utilizing the used barrels for another type of alcoholic beverage.

The laws that govern these drinks may be very strict. Fortunately, they still offer a lot of freedom for the distillers to create variations depending on their regions. There are different barrels, recipes, char levels, batches, and all of these factors will play an essential role in the finished product. A bar can be the best place where you can sample dozens of options and explore new ones. Try to get a good steak that goes well with your whiskey for an excellent pairing. 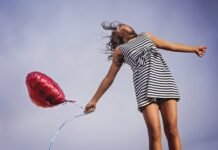 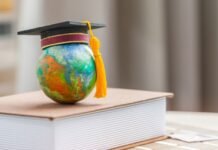 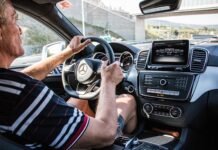 When To Give Up Driving Due to Age and Health