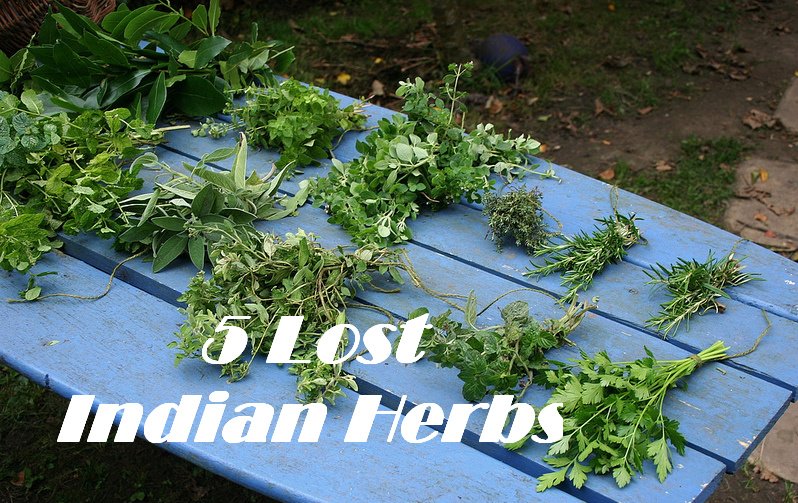 India is considered as the land of herbs with different varieties of herbs being used since ancient times especially from Pre-Vedic, Vedic times. Majority of these medicinal herbs are used as prescription drugs in Ayurvedic medical system even though overexploitation of these herbs has caused some of the Indian herbs being lost. Some of the lost five Indian herbs and theirantiquity are listed below:

There is a huge demand for Indian herbs and with globalization; there exists a huge market for these medicinal herbs. In India, Himachal Pradesh is the major producer of medicinal herbs and this state is the source of 80% of the ayurvedic medicines produced in India in addition to 46% Unani and 33% allopathic drugs. The Indian Government has enlisted some important threatened medicinal herbs or plants of Western Himalayas. Some of these herbs include the below mentioned ones-

Helpfulness of these herbs as home remedies

These herbs are being used as home remedies by every Indian household since ancient times with the Indian ancestors having extensive knowledge about the uses of these herbs. Some of the Indian herbs such as Basil or Tulsi can be found in the compound of the Indian houses.The leaves of Basil are used for curing cough, cold and for treating skin allergies. The other herbs such as bill berry are used for treating disorders from poor vision and diabetes to high cholesterol and blood pressure. Various other herbs such as jamboo, mint – Menthe piperita are used for preventing constipation, muscle aches, and nausea.

Herbs have the magnetic effect of healing power be it for spiritual reasons or for potential health and detoxification properties.

Indian herbs indeed act as miracle in fighting diseases and infection. Some of the herbs peculiar to Indian subcontinent are Tulsi (basil), Neem, pepper and cardamom boost immunity and helps in fighting infection. The Cumin Seeds are used in the dishes of Indian, Mediterranean, and the Middle Eastern countries is a good source of curcumin and volatile oil contains the aromatic properties like curminic alcohol and cuminic aldehyde. The curry leaves, the native of Indian subcontinent belongs to the citrus tree family. These leaves are used as ingredients in the Indian dishes such as while preparing curries, stews and soups.

6 Most Common Mistakes To Avoid While Buying Kratom

7 Reasons Why CBD Edibles Are Worth Trying For A Beginner