It is everyone’s responsibility to do junk removal for better health and maintain a clean environment. However, when you walk around, you will realize that not everyone is playing his or her role. For this reason, a number of devastating effects arise. Perhaps, one of the reasons as to why people fail to handle rubbish as required is due to lack of information. In this article, we are going to look at five negative effects of improper rubbish removal that everyone should know.

You create a haven for pests

Improper handling of rubbish creates a safe haven for pests. Rubbish heaps provide a perfect breeding ground for pests. These pests include vermin, harmful insects and bacteria among others. One of the most common insects associated with dirt is the housefly. Whenever you leave rubbish lying around, you attract houseflies that carry harmful diseases such as typhoid and gastroenteritis.

Whether you know this or not, improper rubbish removal has a direct impact on marine life. Rubbish left lying around always finds a way into the sea interfering with marine life. Rapid accumulation of rubbish in the marine brings about algal bloom that suffocates marine life. In fact, at least 1 million sea creatures die annually just because of poor rubbish management practices.

Soil contamination occurs when people fail to focus on good rubbish management practices. Ideally, when we channel rubbish to the relevant facilities, rubbish ends up in recycling factories. These conserves and protects the soil. However, accumulation of rubbish creates room for various reactions to occur that contaminate the soil.

For example, in appropriate spilling or burying of pesticides and other hydrocarbons interferes with the flora and fauna found in the soil. On the other hand, when bottles break down, they release carcinogenic chemical compounds known as DEHA that affect the reproductive system.

Burning of landfills and other hazardous forms of rubbish is one of the major contributors to air pollution. These materials release dangerous gases into the atmosphere that not only affect us, but also the ozone layer. When we breathe in contaminated air, we increase the risk of suffering from air borne diseases.

On the other hand, when these chemicals get into various sources of water like wells, they leave toxic substances that affect us.

Rubbish damages the natural beauty of any location. In fact, people have a tendency of noticing rubbish compared to the beautiful scenery. In effect, this not only deals a blow to a region’s economy from people who would like to visit but in general, it also increases the costs of running the locality. Apart from that, it also denies people an opportunity to generate income accrued from recycling various products.

In conclusion, the best way to manage and conserve our environment is by investing in responsible waste management practices. Buying waste bins and managing rubbish from the household or office level may not seem expensive. However, people who ignore these simple practices create a pool of rubbish that has adverse effects both on the individual and collective levels. 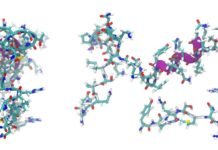 5 Tips and Tricks for Success in Solid Phase Peptide Synthesis 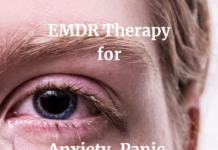 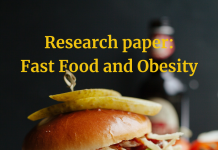 5 Tips and Tricks for Success in Solid Phase Peptide Synthesis

What is the Difference Between a Tummy Tuck & Lipo Fat Removal Plastic Surgery...

Weight management – Reasons why everyone should pay heed to it