There are long-standing confusions and misunderstandings about ‘Hemp vs. Marijuana.’ Often the differences between Hemp and Marijuana are improperly explained, which has to lead to many legal battles and police arrests. In the present, due to skyrocketed popularity of CBD, recreational Marijuana, and medical Marijuana, the Federal Government is working on defining both types separately.

Hemp and Marijuana belong to the genus of Cannabis, which belongs to the Cannabaceae family. There are primary species from this family: Cannabis sativa, Cannabis indica, and Cannabis ruderalis. So what is in the name? People formally refer Hemp and Marijuana to as species or strains of Cannabis. Yet, They are neither of one! Technically they are not even considered as plants; it is a prolonged misuse of nomenclature of a Cannabis plant. To clarify more, here are 7 key differences between Hemp and Marijuana.

Even there are significant differences between the Cannabis families; they are almost akin to each other. The terms Hemp and Marijuana have a long history and characteristics.

‘Hemp’ is derived from the varieties of Cannabis ruderalis that contain 0.3% or less THC content on a dry weight basis. There has been evidence of hemp use throughout recorded history. Many believe Hemp was used to making various materials by humanity over 10,000 years ago. There is a possibility that Hemp was the first crop cultivated by prehistoric people. Various resources such as food, clothing, paper, rope, and many materials; they have also been an impetus for humanity’s early innovations.

‘Marijuana’ is derived from the popular varieties of Cannabis sativa and Cannabis indica that contain more than 0.3% THC on a dry weight basis. They are infamous for their euphoric and psychotic effects on the consumer. Before 1910, the term ‘marijuana’ was utterly non-existent and was widely known as ‘Cannabis.’ In 1920 the influx of Mexican Cannabis in the United States gave birth to the term “Marihuana” as a negative association of its use by Mexican immigrants.

Soon the rumors started to rise about its dangerous and homicidal tendencies caused by Mexican Cannabis or locoweed, which led to a series of events that banned Marijuana in 1937 under the “Marihuana Tax Act” that continues in the present.

Another constituent is Cannabidiol (CBD), which is present in both varieties. It is a popular concept that Hemp has non-psychoactive CBD, and Marijuana has psychoactive CBD. THC and CBD have a precisely similar chemical composition with a slight difference in the arrangement of atoms and differing effects on your body.

Hemp is a fibrous plant with large stalks; the plants grow up to 20 feet tall. They have skinnier leaves with a palmate shape, and the flowers are small and greenish-yellow in color. They have an abundance of seeds producing flowers.

Marijuana is shorter and has small stalks compared to Hemp. Leaves are broad, with an abundance of budding flowers around the stem. They are darkish green in color and have dense clusters of leaves and flowers. The dense hair-like structures cover flowers and leaves.

Due to the difference between the concentrations of THC levels in Hemp and Marijuana are regulated under different laws. Marijuana is a controlled substance and still is federally illegal under the Controlled Substance Act.

Whereas Hemp, under the Controlled Substance Act of 1970, was considered as an illegal substance. Recently under the Agricultural Improvement Act of 2018, the use of hemp and hemp-derived products that contain THC concentrations no more than 0.3% is federally legalized.

Hemp and Marijuana are used for different purposes; naturally, they require different cultivation methods. Marijuana varieties are cultivated in a controlled environment keeping the focus on the budding flowers of female plants. The conditions are designed to optimize the select characteristics and breed of the female flowering plants.

On the other hand, Hemp does not require a controlled environment to grow as the maximum focus is on the plant size and yield.

Marijuana goes into the making of recreational products and for therapeutic purposes. Various combinations of THC and CBD are widely used to treat multiple physical and mental conditions.

That is not the case; the ‘2018 Farm Bill’ states that hemp and hemp-derived products, including CBD, was legalized. But based on DEA guidance, CBD is still a Schedule I controlled substance, and this is where it creates misconception. However, If Hemp-derived CBD with a THC concentration, no more than 0.3% is federally legal. Marijuana-derived CBD is still illegal and classified as a Controlled Substance regardless of its THC concentrations.

The culture of naming and identity of Hemp and Marijuana needs to change under present conditions. There are more misconceptions between Cannabis families than their facts. Astonishingly, both Hemp and Marijuana are so similar and yet different. We are in the age where THC and CBD are revolutionizing the medical and healthcare world, although everything about Cannabis is still under the umbrella of legality. 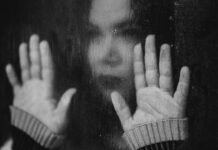 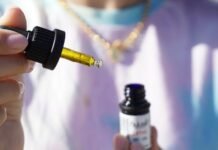 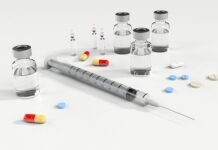