Water is an incredible resource. Without it, there is no life and yet, too much of it can also lead to a similar problem. For decades, doctors, specialists, and our parents have been on at us to drink more water and in all sorts of ways – drink it hot with lemon to soothe a cold, drink it as cold as you can take it to kick start your metabolism, drink so many cups a day or you’ll turn into a dusty husk, you get the idea. There is truth to what they are saying of course, note the first point – “Without water, there is no life.”

However, knowing exactly HOW much you should be drinking doesn’t have to be a key science, your body is quite good at telling you when you’re thirsty but it’s not that great at telling you when you’ve drunk too much. As organisms made up of approximately 60-70% water, it might seem unusual that we can drink too much water but it is a problem, especially for those that may have restricted access to water or poor access to clean water. Luckily, there are plenty of UK water projects to donate to help those through charity who have a lack of access to water, but for those who have unregulated access we answer the question, are you drinking enough water? Or are you drinking too much?

While we are made up of approximately 60-70% water, we are constantly losing water through sweat and urination, especially on a hot day when we tend to drink and sweat more from the heat. This loss in water, while may not account for much, can affect our brain activity and energy levels and has been proven across several studies. With experts suggesting even a drop of 1-3% of our hydration levels can interfere with our ability to think and do.

However, you can’t measure how much a 1-3% drop in hydration levels is easily and by the time you’ve worked it out, you’ll probably be starving as well as thirsty. Numbers such as 8 glasses of water has been thrown around for some time now, but actually, there is very little science to support this as ‘fact’.

Instead, scientists and researchers tell us to trust our body and to drink water throughout the day, when we’ve had too much, you’ll naturally not want to drink anymore. We do gain water from other places, in our food and other types of drinks but water is best in its purest form and when we’ve had too much, our bodies will simply tell us to get rid of it with a quick trip to the bathroom.

On a hot day, you’ll feel thirsty more often and will naturally reach for your water more often, however, don’t go chugging down litres at a time, which leads us to our next point…

How Is Drinking Water Dangerous?

Drinking too much water leads to something called ‘overhydration’ and simply means that you’ve taken in more water than your body, specifically, your kidneys can process. This leads to a greater amount of water in the blood, making it harder for the blood to carry all the important nutrients and control your muscles and even affect the signals to our brain.

Those most at risk of overhydration are commonly athletes or long-distance runners, particularly those that aren’t as experienced and will drink a lot of water after finishing a race or working out, This is when the body is most at risk as it isn’t just water levels that have been lost due to activity but sodium levels are also affected and this salt must be replaced in addition to the hydration to return the body to a balanced state.

This state of overhydration is not commonly reached unless drinking upwards of five liters, which is a considerable amount of water that you’ll body is likely to reject before it fails to process it (leading to vomiting). That’s not to say you shouldn’t be careful though. Water is amazing and the life force of this world but it’s also mighty and a resource that should be revered and respected, as without it, we would be in a lot of trouble. Respect your water and reach for a fresh glass today. 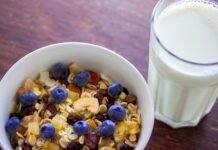 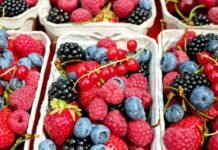 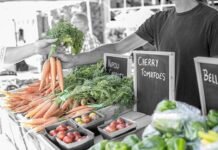