Home Health Could migraines be a signal of brain tumors? 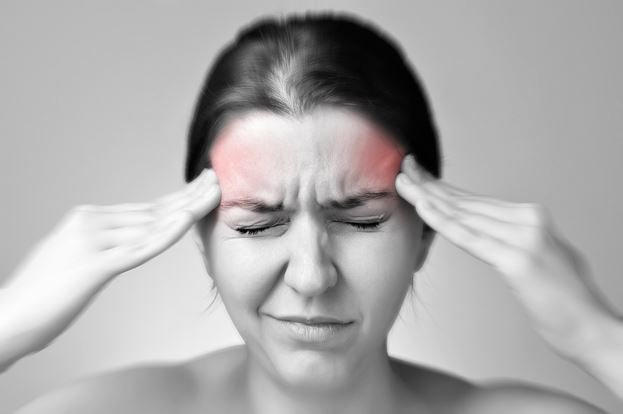 Severe headaches can be alarming and scary. It is difficult not to think the worst when the pain lasts longer or becomes more intense or frequent with time. Many times it can lead you to believe that it’s the sign of a brain tumor.

Each one of us experiences an occasional headache or migraine pain caused due to stress, lack of sleep, or simply overexertion, making us reach for high-intensity pain relievers which have terrible side effects of their own. However, sometimes, the throbbing pain in your head can be a concerning problem, and you must immediately book an appointment with your doctor for a brain test review and reach a solid diagnosis.

According to brain tumor expert Dr. Daniela Bota, a headache is one of the most common symptoms of a brain tumor. If you are experiencing headaches while waking and they get less in intensity as the day passes by, or if they have changed in severity or type, you must visit a doctor immediately. She also says; “If a headache comes in the morning, especially if it is a recurring event, see your doctor right away.”

Migraine occurrence is widespread; it is even more common than epilepsy or asthma. However, migraine patients don’t get as much amount of advocacy and support as they should. Approximately 15% of the US population that is more than 37 million people experience migraines while 1 in 7 people experience it at some point in their lives all over the world. On the contrary, however, brain tumors are very rare. In the US, about 0.2% of the population has a brain tumor. According to the statistics, about 0.02% of the population, which is approximately 70,000 people reported brain cancer every year in the US.

Now just to be clear, what exactly are migraines and brain tumors? A migraine is a major headache disorder formed by frequent, recurrent moderate to severe headaches. Migraines are pulsating headaches that affect half of the head, they last for almost 72 hours, and symptoms include vomiting, nausea, and extreme sensitivity to smells, light or sound.

A  brain tumor, on the other hand, is a mass or collection of abnormal cells inside your brain. Brain tumors can be malignant or benign, but it’s always better to visit your doctor and get a thorough brain scan done before reaching any conclusions – especially if those headaches are increasing. A brain test review can significantly help your diagnosis of the underlying problem.

The symptoms of a brain tumor are dependent on the tumor location and its type. Varying brain areas have control of different bodily functions. Therefore, the location of the tumor influences the different kinds of symptoms people experience. The nature and frequency of symptoms vary as well; some tumors show very late symptoms mostly until the tumor has become large and untreatable while other tumors have a gradual symptom onset that uncovers over time.

Even though headaches are one of the most common symptoms of brain tumors, they don’t always mean the person has a brain tumor until fully diagnosed. However, some of the migraine symptoms are eerily similar to brain tumors such as weakness, seizures, nausea, vomiting, which is why people often confuse migraines for a brain tumor signal. The figure below shows some common brain tumor symptoms:

Some other brain tumor symptoms include:

Now, if you are a primary migraine patient, you will probably notice how almost all these symptoms relate to your condition; this is the reason it is often recommended to consult a neurologist immediately. If the neurological exam catches no other abnormality aside from a recurring headache, the patient would rarely have a brain tumor.

Likewise, the reassuring truth by Dr. Kaisorn Chaichana, a neurosurgeon at John Hopkins is, that a tumor rarely causes headaches or migraines. Henceforth, the chances that a headache is a sign of a brain tumor are sporadic. Almost half the population experiences headaches, but it rarely depicts that they have brain cancer.

Although causes of brain tumors have never been fully understood even by researchers and medical practitioners, people believe that they are often inherited causing genetic mutations leading to tumors. These comprise of Von Hippel-Lindau disease, neurofibromatosis type 2, and multiple endocrine neoplasias.

Visiting the doctor and getting a CT scan or an MRI (magnetic resonance imaging) done is the best step to take when certain symptoms recur frequently.

Increasing risk of Brain Cancer with Age & some other facts:

It is highly likely to develop a brain tumor as one grows older. As you age, the risk of developing cancer-producing cells increases. The most common age range for brain tumors amongst adults is 50 to 75 years.

The most common symptoms of brain tumors amongst adults are memory loss, speech problems, or any symptom associated with dementia or Alzheimer’s. Many times people come to seek medical attention for themselves or their loved ones when they face difficulties with memory, have trouble expressing or simply become depressed and aloof. If you experience any of these symptoms, it is suggested to get a brain imaging one. Moreover, tumors starting in the primary brain area are comparatively lesser than they are spreading from other areas to the brain, also known as metastatic brain tumors.

Conclusively, if a headache is the only major complaint, and the pattern and intensity do not change, rather stays consistent with time, there are high chances you do not suffer from a brain tumor. However, you may have a migraine, a cluster headache, or a tension headache which are also extremely painful and disturbing but are totally non-life-threatening.