Home Food How Does the Chicken McNuggets Compare to Its Competitors? 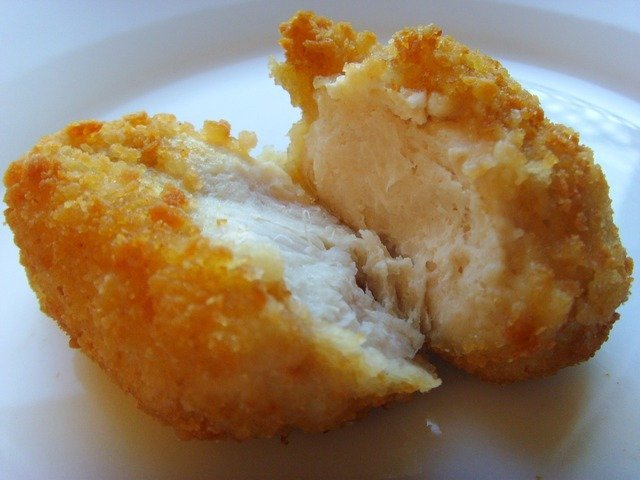 While people might immediately think of the Big Mac and the Quarter Pounder menu items when they hear the brand name McDonald’s, the Chicken McNuggets still occupy a special place in the hearts of many fans. For today’s adults, it’s the fast-food menu item that evokes their childhood the best.

It’s a great dish to order, especially for families. It doesn’t cost much, with the price of a 20-Piece McNuggets at almost $7. Kids love it, and mom and dad remember how they enjoyed it this way back in the 1980s.

Nostalgia is almost natural when you try this since the taste hasn’t changed at all. You still get that tempura breading. You still get that “just right” texture, as it’s not too firm but not squishy, either. The taste remains plain, but then that just makes it perfect for dipping into that fantastic Honey dipping sauce that helps to cut through the expected saltiness. In fact, many regard it as an absolute crime against humanity not to dip a Chicken McNugget into that pure honey sauce.

Still, you do have other chicken nuggets to pick from. You may want to try them out, though many of them may just confirm why you ought to stick to McDonald’s when it comes to chicken nuggets. And if you’re embarking on a culinary journey among the chicken nuggets, you should start with the following.

Don’t make the terrible mistake of ordering the Grilled Nuggets. Those monstrosities are simply bad, both in how they look and how they taste. In fact, many say that the inclusion of the Grilled Nuggets into the Chick-fil-A menu is simply to highlight the excellence of their Nuggets.

How good is it? Some say that on its own, it’s so good you don’t even really need to dip it into any Chick-fil-A sauce. It’s not oily at all, and each bite is just ideally juicy. It’s simply delicious.

If there’s an issue to complain about, it’s how the breading can sometimes be uneven. This is an anomaly, as most of the other fast-food chains offer uniform breading. It’s not even that hard to accomplish. But you can’t really complain too much, since you still get that delicious chicken without the breading.

Basically, the kids and the non-fans of spicy chicken get the regular version, while the adults can order a beer that goes nicely with the Spicy Chicken Nuggets. The level of heat, however, can be too much for some, with the cayenne really torching your mouth for a good half-minute after each bite.

The regular Chicken Nuggets are quite thick, and Wendy’s has perfected the ideal ratio of chicken to breading here. You still get a subtle kick from the black pepper seasoning, so it’s not exactly bland, either.

The taste of the nugget is just as good. In fact, it’s will probably win any head-to-head comparison when it comes to juiciness and crunchiness. You’ll also feel the cayenne kick after the bite, but it’s nice and gentle.

Not everyone likes how it smells though, even though fans insist that it smells like home. One fan (who loved the taste) admitted that it smelled like microwaving potato chips after a year out in the open.

It feels wrong to create a list of fast-food chicken options without including KFC. The problem though is that quite a few nuggets contain little chicken. And what little chicken you get isn’t particularly juicy. Heck, you might even get some gristle.

But many of its fans don’t give a hoot. The breading is just excellent, and more than makes up for the relative absence of the chicken. Dip them into the iconic sauce, and maybe order a side of mashed potatoes, and you’re all good.

Jack in the Box

This chain of restaurants has been around since the 1950s, but it’s only relatively recently when they can out with their own version of the chicken nuggets. Perhaps they spent all that time trying to perfect their formula, and they’ve largely succeeded.

It’s true, each nugget here seems a bit small, but it doesn’t really matter. It’s crisp on the outside and juicy on the inside. You get lots of chicken per bite, and you rarely encounter gristle. The breading is terrific, especially with the black pepper.

It’s true, plenty of fast-food restaurant chains offer their own version of the chicken nugget. But so many of them are just bad when compared to the real thing. While some competitors are worthy to challenge McDonald’s, in the end, the Chicken McNuggets dipped in the pure honey sauce will both delight your tastebuds, and tickle your nostalgic bones.