Home Food risks Is Your Coffee Maker Toxic And Making You Sick?

There was once a lady named Amanda. She was just like every other hard-working American mother out there. She had two kids always waiting patiently on her in their suburban home. She had a great job to support the family and everything seemed like it was well on its ways. Until one day, she started developing hot flashes. Being a woman in her 30s, she just contributed this to a change of life. Well, it went on and on. She started suffering from these hot flashes every day until they became more. She wasn’t just now suffering from hot flashes, but these hot flashes were accompanied by a massive amount of fatigue and red bumps all over her skin. She was beginning to become miserable, but what on earth could be the problem?

Can A Coffee Maker Really Make You Sick?

All these symptoms went on for weeks before Amanda decided to pay her trusted doctor a visit. At first, her doctor was quick to contribute the condition to early menopause, but then he realized that she was just too young for this, only being in her early 30s. This is about the time the doctor tested for food sensitivities, low vitamin D, uterine fibroids, and even autoimmune diseases. Her doctor had her only eating certain types of foods at certain times of the day trying to eliminate potentials and figure out what was going on. Amanda, of course, followed her doctor’s orders to the letter, but it seemed like nothing was working or changing.

This is when she just happened to recall that the red bumps on her skin started about the same time that one of the new employees at her office brought in an old, plastic coffee maker. Amanda was quick to dismiss the possibility, but then she started to think – could this potentially be what’s make me sick? This is when she decided to stop drinking the coffee at work. Three days later she was a completely different person. After five days all of her symptoms were completely gone.

Unfortunately, there is a lot of talk about toxic coffee makers these days. A lot of people are asking themselves whether or not their coffee maker can make them sick. And, the sad truth of the matter is that if you are using one of those old-school models, it could be a real potential. Luckily, there is a whole line of non-toxic coffee makers available today made specifically to combat the types of toxins that will later be discussed here. Going back to the scenario above, it was most likely the plastics seeping into the coffee that as making Amanda sick. More specifically, it would have been the BPA in the plastic.

BPA is an industrial chemical that has been used since the early 60s to make certain plastics. You’ll find this type of plastic most commonly associated with containers that store food and beverages, such as water bottles. Given that information, you’d think that it would be safe, right? Well, new studies are showing that this might not entirely be the case at all. In fact, BPA is already banned in Canada and Denmark, the FDA has banned it from being used in baby bottles and sippy cups, and there is a whole list of strict laws regarding the use of BPA chemicals in the production of certain consumer products.

What’s even more troubling is that BPA isn’t just a potential toxin, but it could make you fat as well. There are significant studies that show that even the smallest trace amount of BPA in your system can lead to weight gain and obesity. It does this by entering the system and reacting like an estrogen injection. That’s right when BPA gets into your blood, it gives off the same reaction as if you got a shot of estrogen. This can trigger an intense hormonal reaction that’ll send all your hormones into overdrive.

It isn’t just the potential BPA is those older coffee makers that can make you sick either. It seems that certain coffee makers can be a potential breeding ground for bacteria, fungus, and mold. This was discovered during a 2011 groundbreaking study. The study was called the NSF International Household Germ Study and it involved going into people’s homes and conducting safety swabs for bacteria, fungus, and mold. The results were truly astonishing.

Most people would assume right away that the most infected areas would be the bathrooms. Unfortunately, this was not the case at all. It was the kitchen that was the biggest breeding ground for bacteria. Researchers found that in about half of all coffee machines there was mold and germs growing in the water tanks. They also found that in about one out of every 10 coffee machines there were coliform bacteria, which can usually found in sewage and feces. Simply put, on an average, a coffee maker can have a significantly higher germ count than your toilet seat.

Why So Much Bacteria In Coffee Makers?

That is pretty amazing when you look at those results, but why is this the case? Aren’t you running new water through your coffee maker every time you make a cup of coffee? Wouldn’t this contribute to some kind of flush? You would think so, but it seems that coffee makers are the perfect breeding ground for bacteria because they are wet, dark, warm, made of plastics, and rarely ever cleaned. Luckily, the solution to this problem is fairly easier. You either need a coffee maker that can be washed in the dishwasher regularly or you need to invest in a coffee maker specifically designed to combat these issues.

Luckily, this is not a new issue and has been covered in the past. Manufacturers finally realized the need for safer coffee makers and started designing their products a little more conscientiously. Obviously, when shopping for a coffee maker of this caliber, you’ll want to look for one that BPA-free. However, there will also be a number of other things to consider like the size, the temperature, and the features. Once you know exactly what your needs are, you won’t have a problem finding the best non-toxic coffee maker for you.

How to Curb Binge Eating

Everything You Need to Know About NDMA 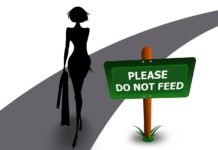