Home Food Refined Grains vs Whole Grains – What’s The Difference, and Which Is...

We hear a lot about grains in this health conscious society, and when you hear that word, your mind might jump straight to rice, corn or wheat, but there are so many more than that available to you.

As well as not being aware of all the grains out there, you may be sticking to just one or two ways to cook them, but there are lots of creative ways to add grains to your diet.

Once you know which grain you want to eat, there are other options, namely whole grains or refined grains.

It can all seem like a bit of a minefield, after all we want to make choosing healthy choices as easy as possible. Hopefully there’ll be some information here to help you.

What Is A Grain?

Grains have been consumed by humans for millennia, and have always made up a substantial part of our diet. They are extremely energy dense, and can be processed into many different foodstuffs, which has led them to being a part of meal time for so long.

Common foods that are made from grains include bread, tortillas and pasta, as well as many others.

There are also some grains called pseudograins, which are not exactly considered true grains – like quinoa, however, they are prepared and eaten in the same way, so chefs often just consider them grains anyway.

Grains have three components, these are

You will often see grains marketed as either whole grain or refined grain, but what is the difference?

Well as it sounds, as whole grain is exactly that – whole. It will often have had the very outer shell removed, as this is not able to be digested by our GI system. Other than the hard outer shell, the bran, germ and endosperm all remain intact and in place.

This means when you are eating whole grains you are getting the nutrient from the entire grain, including the all important fibre which is so important for so many functions, and a diet rich in fibre has many health benefits.

Refined grains have had the bran and germ removed, leaving only the endosperm, that really doesn’t have a whole lot of nutritional value apart from carbohydrates. The endosperm has a much softer texture than the other two components, so it can sometimes be more appealing to eat.

However, when whole grains are cooked in the correct way, they can be delicious and there are many ways to eat them, such as pressure cooker Farro, which softens the grain and makes it extremely tasty.

Some products are labelled as whole grain, but the whole grain may have been ground into a powder – for example some well known cereals will state they have so many whole grounds. However, if a whole grain has been made into a powder, it will have the same nutritional value as if it were refined.

Refined grains aren’t necessarily bad, especially if they have been fortified with added nutritional components like vitamins and minerals. Just be aware of what you’re eating.

Refined grains are often referred to as ‘empty calories’ this means that they add calories to your diet without providing any nutritional value. It is far better to eat something that is adding the much needed vitamins and minerals to your diet.

Whole grains are rich in fibre, which slows their transit through the digestive tract, this means that they are low on the Glycaemic Index. Foods that are lower on the glycemic index scale release their energy slowly. This means you will feel fuller for longer, and will reduce a sudden release of insulin as your blood glucose suddenly rises.

Eating low glycaemic index foods will keep you satiated for longer, meaning you don’t snack and you keep your weight stable, or even lose weight, and there are health benefits including lowering the risk of developing type two diabetes, or certain types of heart disease, and people who eat a whole grain rich diet seem to have a lower incidence of colon cancer.

Refined grains have been eaten much more than whole grains in the western world. They are often available for quick to make foods and cereals, and have long been a food of convenience. In the last ten years or so, we have begun to realise the nutritional benefits of whole grains and are trying to move away from refined grains, however a significant portion of the population still eat refined grains.

This means you will feel hungry only a short time after eating, which leads to snacking and weight gain. Your blood glucose will rise quickly leading to a surge of insulin being released into your system. There are some links between a high glycemic index diet and insulin resistance, which leads to type two diabetes eventually.

Some Examples of Grains

There are many different grains out there, so you can definitely find something you like to fit your diet and lifestyle.

These will all have different nutritional benefits, so do your research.

It’s always a good idea to have a chat with a nutritionist, they can talk to you about your lifestyle and any dietary issues you may have and come up with a diet plan including which grains will suit you best. Some grains have a high amount of gluten, so for those with coeliac disease, it is especially important to do their research before embarking on a diet change. 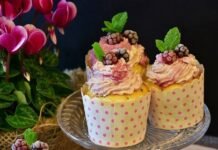 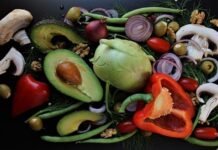 How Dietary Requirements Change As We Age 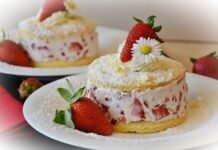 Types of Cakes That a Major Hit Across Parties