Coffee! Coffee is not just a drink. It is an emotion! I don’t think a majority of us can get started with our respective days without downing a steaming hot cup of coffee early morning or with breakfast. No wonder, coffee is one of the world’s most loved beverages.

Yes, coffee is quite a popular drink and people love it for its taste and the energy that it stimulates. But, a lesser-known fact is that coffee is one of the healthiest drinks ever! Yeah, you read that right.

Not only does coffee have a high level of antioxidants and beneficial nutrients, but also is known to act as a preventive shield against diabetes and cancer. Finding it hard to digest? Well, here are the top 7 health benefits that coffee has!

Over the years, scientists have toiled hard in the laboratories to come up with an exhaustive list of more than 1,000 antioxidants in coffee beans and that too in their natural, unprocessed form.

What is even more interesting is that an amazing number of other antioxidants also show up as one starts roasting the coffee beans. Coffee has even been labeled as one of the most fundamental sources of dietary antioxidants freely available to human beings today.

However, a fact that a majority of us are ignorant about is that regular consumption of coffee acts as a shield against cognitive decline related to mental anomalies of the sort of Alzheimer’s disease.

Consuming around three to five cups of coffee daily has some unprecedented health benefits that can’t be found in any other drink. Reduced risk of dementia and Alzheimer’s are among the major two benefits.

Consuming tea or other beverages such as cocoa or beer on the other hand, are not known to display any such significant cognitive decline towards these.

The odds of suffering from diabetes have been recorded to drop by 7 % for every cup of coffee consumed. Also, in case you are too dependent on coffee, there is good news for you!

You have a 50% reduced risk of suffering from diabetes as against light drinkers or those who don’t consume the drink at all.

In all probability, this may also be one of the reasons that you, during your childhood years were discouraged from consuming an excess of coffee or tea especially when you were about to go for an exam, a class or a lecture.

A lot of fitness experts even recommend consuming coffee before or after an intensive workout session. As against popular notion that caffeine results in dehydration, minimal to moderate consumption of coffee does not cause any dehydration.

Rather, coffee brings a lot of goodness and benefits along that helps in fighting against physical fatigue and providing the person with a higher endurance margin on the treadmill or during any sweating session.

Caused by the death of dopamine-generating neurons in your brain, Parkinson’s is quite a serious condition. What makes it all the more deadly is that there is no known cure, quite like Alzheimer’s.

Hence, it is important to adopt suitable preventive measures in order to lower the risk of it. Research has brought forward the fact that coffee drinkers have a reduced risk of Parkinson’s disease.

Studies have related the consumption of coffee with a reduced risk of depression amongst men and women. There is an inverse relationship between consuming coffee and the rate of depression. Rather, a fascinating finding is that coffee addicts seem to have the lowest chances of falling prey to stress, anxiety or depression.

Caffeine is said to activate neurotransmitters that can have a severe effect on our mood. These transmitters include serotonin and dopamine. Thus, coffee pushes away depression by stimulating the flow of these feel-good hormones in our blood.

Add to it, the entire range of health benefits that coffee brings along! You have your own recipe of a health drink, don’t you?

Characterized by uncontrolled cell growth in your body, Cancer can assume various forms. Amongst the most prevalent forms, coffee has been found to be exceptionally beneficial against liver and colorectal cancer.

Citing all the above health benefits of coffee, there is no denying the fact that it is a must-have in everyone’s diet. However, it is important to make sure that you consume pure and organic coffee beans and not any variant freely available in the market.

Like any other food item, it is preferable if you go for an organic brand of coffee. A majority of the leading coffee processing companies are known to produce a natural variety as well as the regular version.

It is your duty, as a consumer, to ask for the organic variant. Looking for some additional help? Here is a detailed guide on selecting the right coffee beans and what the best coffee beans are according to Coffee Dorks.

If that due to any reason, is not possible, you may check the packaging properly and ensure that what you are buying was grown without making use of any additional herbicides and pesticides.

Traditionally, organic coffee beans are cultivated with zero to minimal chemical assistance. It is recommended to go for whole bean organic coffee, if possible. One is more likely to get a purer product this way.

Organic coffee is not only recommended for the body but also is beneficial for our environment. good for the environment. Organic farming doesn’t incorporate any harmful or synthetic components to the planet. Organically food products that you consume not only make you healthy but also result in a safe environment. 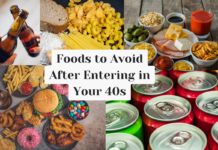 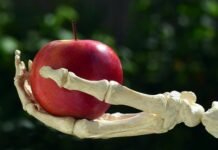 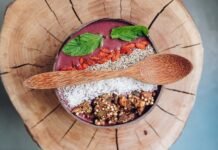