There are lots of interesting supplements that can be taken for energy. Here are a few to think about. It’s hard to say which is the best energy supplement to use, but there are a lot to choose from.

Popular in India, ashwagandha is cherished for its ability to improve the body’s resilience to physical stress, as well as mental stress. It is one of the oldest herbs used in the Indian Ayurveda, which is a folk medicine pharmacopeia.

Studies have shown that taking ashwagandha can improve the body’s reaction to stress and that they release less cortisol, which is a hormone that is released in response to stressors. In several studies, it was shown in at least five studies to cause people under physical and mental stressors to score better on tests that measure fatigue, anxiety, and stress. Cyclists, in one study, were able to cycle 7% longer after taking the supplement, which suggests it may be a good supplement for athletic training.

Mental fatigue is one arena that is tested with the use of ashwagandha, and those in studies who took the supplement reacted better to testing and performed better than those who took a placebo. The best part of ashwagandha is that there is a very low incidence of side effects.

Rhodiola rosea is an adaptogen, which means it helps the body cope with stressors. It is a mountain herb that grows in cold climates. Several studies have been done to measure rhodiola’s ability to help people cope with physical and mental stressors. Eight of eleven studies showed a positive correlation with the enhancement of physical and mental performance when using rhodiola. There is evidence to show that it can improve mood in instances of depression. The other exciting finding is that there were no major side effects or other bad effects from its use. When compared to Zoloft, in a 12-week study, Rhodiola was found to reduce symptoms of depression, but not as effectively as Zoloft. The main difference was that although Zoloft produced side effects, there were no reported side effects with rhodiola.

Coenzyme Q10 is an antioxidant that is naturally produced in the human body. The body’s cells use this CoQ10 for cellular growth and maintenance of cells. The amount of

CoQ10 in the body decreases with age. People with heart disease, certain cancers, diabetes type 2, and people who take statins to lower cholesterol have lower levels of CoQ10. Two types of Coenzyme Q10 are ubiquinone and ubiquinol, and they are found in all human body cells. The heart, liver, and kidney cells, however, have the most. These essential organs use Coenzyme Q10 to protect cells from oxidative damage. It can be obtained in the diet through nuts, meats, and fish, but not in enough amounts to make a change in energy.

Most energy supplements are thinly disguised sources of caffeine or similar stimulants. Although this works for a lot of people to temporarily increase energy, it is also full of pitfalls, especially for people with any cardiac history or other health problems. Always read labels and research what kind of supplements you take, as well as their side effects and their method of increasing energy. 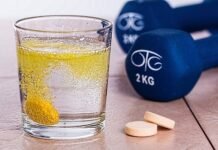 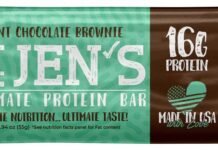 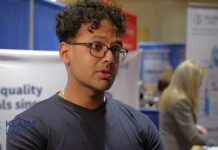 How Klaire Labs Originated and Became A Health Supplements leader