Some people think that jerkies can only be prepared and eaten on the traditional means. I would not accept this, as I am fond of innovating the food that I create. There is fun in creating new variations to the common recipes you can find in the kitchen. For example, eggs can be turned into an omelet, scrambled, or sunny side up.

When it comes to jerkies, I can see that people are beginning to explore the great possibilities behind it. The fact there are people who can create jerkies out from lamb and bear meat is proof that this particular delicacy is not static. As for me, I have other ways of reinventing this delicacy.

In this article, I have listed some simple recipes that you can make involving jerkies. Now, there is a twist on these recipes. Most of them are derived from a diet regimen called Paleo. I know most of you are familiar about this. Currently, this diet is among most preferred course of many people because it doesn’t remove “taste” and “deliciousness” out of the equation.

Jerky in a Fresh Salad

We love to eat salads, especially during breakfast and dinner. This food satisfies our appetite without demeaning our health at all. Since its inception, the salad has been subjected to various renditions. But this time, let’s add the jerky into the mix. After all, it is not a bad idea to add meat to salads!

The pemmican is a favorite of outdoor adventurers and hikers. This particular food is a great survival amenity because it has a long lifespan and contains a good amount of calories and protein. Native Americans were the one who invented this delicacy so that they can survive long winters and migrations.

Specifically, the pemmican is a combination of different dried meat that has been turned into powder. Sometimes, people would include dried fruits in the ingredients, too. Of course, things would be better if we include a smoked beef jerky on the mix. The taste and nutritional contents of this food would certainly double!

It is a good thing that you can make your very own tomato sauce. This will allow you to create multiple variations to this particular condiment. As a result, you will be able to make a sauce that can complement a certain dish or cuisine. Of course, there are a lot of ways you can modify a tomato sauce. One good example to do this is by including jerkies to the recipe!

An omelet is not a new dish for us. It has been on the platters of humanity since time immemorial. But this doesn’t mean that the omelet has no chance of evolving at all. With the addition of bacon or beef jerky, you can turn this simple dish into a fantastic meal you can have for your breakfast!

Jerky as Additive to Soup

We just love to savor the flavor of any soup. It is among the liquid dishes out there can awaken or settle our appetites. Therefore, it has been a valued food in any kitchen table. When it comes to nutrition, I cannot say that this food is lacking. However, why not bolster its content by adding jerkies? Here is how to do it!

As you can see, a jerky is a versatile ingredient in the kitchen. If you are just creative enough, you can add this food on any normal recipes and turn them into amazing dishes! The ones that I have shown you here are just examples of what you can do with jerkies. Therefore, why not try them for yourself?Merken 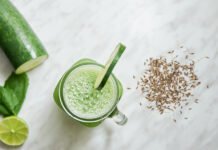 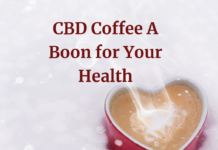 CBD Coffee A Boon for Your Health 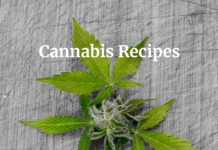 5 Cannabis Recipes You Didn’t Know About