Home Pet health Move Over People: Why Pet Owners Are Giving CBD OIl to Their...

If you thought it was controversial that people are using cannabis to improve their health, did you know that there is now hemp oil for dogs? And its usage is only becoming more popular with pet owners.

Not All Cannabis Is Safe For Your Pet

Cannabis, in general, is a controversial subject because of the psychoactive cannabinoid in cannabis plants called THC. Not only does it produce a high, as well, there is concern about its effects on developing brains. However, after reaching a certain age — early to mid 20’s — THC appears to have little long-term effects on the brain, and it’s much safer to use.

This is a huge reason it’s found acceptance in use amongst adults, and cannabis legalization and mainstream use aren’t all that surprising. Well, that is when you compare it to giving cannabis to pets, especially dogs. No one could have guessed that a decade ago.

Your dog can consume too much THC, and this can kill them — very unlikely but possible where it’s not in humans. As well, a dog on marijuana looks nothing like a person on it. The high they experience resembles strong alcohol intoxication — loss of balance and motor controls, blacking out, etc.

The simple reason for this is, THC binds strongly to CB1 receptors that all mammals have. These receptors are found mainly in the brain and produce a high when activated — dogs have way more CB1 receptors in their hindbrains than humans do.

So how are people giving their pets cannabis without hurting them?

Cannabis That’s Safe For Your Pet

Rethink everything, you think you know about cannabis.

Cannabis does not equal THC and by default a high. THC is just 1 of 113+ cannabinoids in cannabis plants, with the large majority being non-psychoactive but still containing anti-inflammatory, analgesic, antibacterial, and anxiolytic properties.

As well, the essential oils that give cannabis plant their diverse and incredible range of aroma result from hundreds of terpenes — they also benefit health in similar ways.

Within the cannabis’ genus are two main varieties known as hemp and marijuana. This isn’t their scientific names, but that opens up a can of worms. You don’t need to worry about this, but you can click here if you want to know more.

Hemp varieties have THC, but in very small quantities, and with selective breeding and common agricultural methods, hemp varieties of the cannabis plant can legally be sold and grown in the United States as long as they contain 0.03% THC or less.

This amount is so insignificant, that you, and your pet can safely take products derived from hemp and not get high — nor do you need to worry about the risks associated with THC.

The chemical makeup of hemp and marijuana is 99% identical, and many of the medical benefits associated with medical marijuana apply to hemp plants as well. Hemp’s medical effects are not as pronounced e.g. less pain relief, and some properties are completely missing — THC directly increases appetite. Because of this, some use CBD during the day then switch to marijuana at night.

Hemp CBD Oil For You And Your Pet

The question many pet owners have is if their pet will see the same benefit with CBD oil as they do. The answer yes, and it looks to be identical across the board. This is due to all mammals having an internal regulatory and repair system composed of self-created endocannabinoids and receptors, like CB1, that they attach to.

The most famous receptor CBD is associated with is CB2 receptors, and funnily enough, this isn’t due to any particular phytocannabinoid in CBD oil binding to it. Instead, CBD itself, attaches to and temporarily inhibits FAAH enzymes that break down endocannabinoids.

With a longer lifespan, endocannabinoids levels can buildup — often back to normal and appropriate levels.

CB2 Receptors are responsible for: regulation over the immune system and inflammation, protection against neurodegeneration, and are expressed heavily in hematopoietic cells — stem cells that create new blood cells.

Good ol’ serotonin and the happiness it brings. It’s actually serotonin receptors such as 5-HT1A that help regulate an animal’s mood. They are also the receptors most responsible for CBD oil’s anti-anxiety properties. Besides reducing stress and fear, these receptors are linked to addiction, appetite, nausea, perception of pain, and sleep.

You’ll often hear runners talk about experiencing a general state of happiness and wellbeing after running. This “runner’s high” is due to the body creating and releasing the endocannabinoid anandamide which has appropriately been labeled the bliss molecule.

TRPV1 receptors — more commonly known as vanilloid or capsaicin receptors — are activated naturally by endocannabinoids, as well as, by capsaicin when you eat spicy foods and CBD itself. These receptors play a vital role in regulating body temperature, inflammation, and sensitivity to pain.

Eugenol, the active molecule in vanilla beans, gave TRPV1 receptors the name vanilloid receptors because they saw it provided both antiseptic and analgesic properties when attaching to them. It has also been shown to help unclog blood vessel.

PPAR receptors sit on the surface of cells’ nuclei. When activated, these receptors have shown to exhibit antiproliferative effects on tumor cells and may potentially kill them.

PPAR receptors appear to also play a role in insulin sensitivity, which is great because many pet owners are completely taken by surprised when the veterinarian tells them their dog has diabetes.

Out of all the receptors, G protein-coupled receptors are the least well understood — scientists aren’t even sure if they are apart of a larger group of receptors or all by themselves.

Unlike the other receptors, however, cannabinoids have an antagonistic effect that blocks or deactivates these receptors. When GP55 receptors become overactivated they trigger bone reabsorption — this is strongly associated with osteoporosis and other bone-related diseases.

Conditions CBD Oil Has Been Shown To Help With

With CBD oil having so many different ways to influence different receptors, it’s pretty easy to understand why so many pets and people are finding help with it. Here are the conditions CBD oil is most commonly used for. 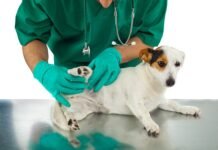 Pet Care is Important to Keep Your Pets Healthy 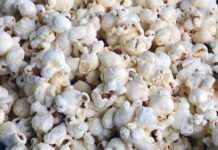 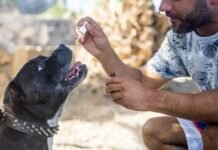 Advantages of CBD Oil For Dogs