Even though healthy teeth are a direct product of regular and appropriate dental care, as well as of eating food that makes them stronger, there are types of foods you should avoid as much as possible. They are the ones that can lead to enamel and tooth decay if you go overboard with them.

Lemons, oranges, and grapefruits are rich with vitamin C and very tasty, too, regardless of whether you eat them or make juice out of them. However, their acid content is quite high, meaning they could erode the enamel of your teeth over time.

Photo by Azamat Zhanisov on Unsplash

Even if you squeeze a lemon into a glass of water to add a bit of flavor, it will still count as an acidic drink. What’s more, citric juices and fruits can even lead to mouth sores.

It’s no secret that alcohol is not particularly healthy for us but did you know that it also dries out your mouth? It means that, when you drink alcohol, your mouth lacks saliva, which is necessary for keeping the teeth healthy.

Photo by Kobby Mendez on Unsplash

More precisely, it washes away the food particles and makes sure they don’t stick between your teeth. Saliva can even repair some of the early signs of gum disease, tooth decay, and certain infections. If you drink alcohol too often, your saliva production will decrease over time, leading to dehydration and possible tooth decay. It’s important to drink plenty of water even while you’re drinking alcohol.

With that being said, red wine is the type of alcohol you need to watch out for the most. It’s very common and many people drink it daily because it is healthy and goes well with many types of food.

However, chromogens in red wine lead to the production of tooth-discoloration pigments, while the tannins in it make your teeth sticky, which worsens the stains. Don’t think that white wain is any less damaging to the teeth – both types contain erosive acid, which enhances stains from food and other drinks.

Cut down on soda beverages

Many of us enjoy carbonated soft drinks, including diet soda, but it’s important to note that they are all high in acid, as in sugar, which also incites a higher production of acid in your mouth. Additionally, caffeinated beverages such as cola also dry out your mouth. Even Diet Coke and Diet Pepsi contain citric and phosphoric acid, both of which corrode the enamel if you drink them too often.

A shocking study has revealed that drinking large quantities of soda beverages can damage your teeth to the same extent as crack cocaine and methamphetamine would. Carbonated drinks are coating your teeth in acid, while simultaneously staining or discoloring your teeth.

Whenever you want to enjoy a glass of soda drink, make sure you also drink a cup of water with it and you drink it during a meal because food neutralizes the effects of the acid. Also, you should never brush your teeth immediately after drinking a soda drink because it could speed up the process of tooth decay.

As much as hard candies can be tasty, they simply contain too much sugar, which could lead to fast tooth decay. Moreover, they bring another risk, as you can chip or break your tooth while trying to eat them. When that happens, only a full-service dental laboratory can solve your problem. Brushing and flossing can’t help you anymore. When you think about it, they are called jawbreakers for a good reason.

Photo by Patrick Fore on Unsplash

Even though they don’t cling to your teeth too much, they are easy to chew and wash away, the fact is that they dissolve very slowly in your mouth, usually for a couple of minutes. It gives more time for the bacteria to produce acid. What’s even worse, many hard candies are added citric acid to improve the flavor.

To show how harmful hard candies are, especially to kids’ teeth, research was done and it included more than 300 kids. Two-thirds of them eat hard candies, while more than half of them said that they need more than 15 minutes to eat hard candy, which is far too long and detrimental to the teeth. Some types of hard candies, like sour ones, have the highest erosive potential.

Dried fruits belong to the group of healthy snacks, so it’s no wonder why many people choose them when they need a quick but healthy bite. However, their bad feature is that they are sticky, meaning they can stay on your teeth much longer than they should, leading to tooth decay. They cling in the crevices of your teeth, leaving too much sugar in your mouth.

If you enjoy dried fruits, such as prunes, apricots, raisins, and figs, and don’t want to try out other healthy snacks, then make sure you rinse with water after you’re done eating and brush and floss carefully and regularly. Alternatively, it’s always better to switch to the fresh version of the said fruits.

The sound of chewing potato chips is enough to want to eat them. Not to mention their salty flavor and crispy texture in our mouth. Potato chips are great for almost any occasion – we eat them at parties, as a quick snack, while we’re watching a movie. Unfortunately, potato chips are filled with starch, which turns into sugar when you put them in your mouth.

Pieces of potato chips can also get stuck between your teeth, feeding the bacteria in the plaque on your teeth. Since many of us don’t stop after just one potato chips, the acid production triggered by them lingers in your mouth for too long. So, if you indulge yourself with this snack from time to time, it’s better to carefully floss your teeth after it to remove food particles that can cause the build-up of plaque.

Photo by Alex manlyx on Unsplash

Let’s be real – it’s not like you will stop eating these 6 foods completely. Some of them even have a beneficial impact on your health, so no need to cut them out from your diet completely. Others are just too tasty to give up completely, so it’s better to know how to protect your teeth when you occasionally grab a bite of food that’s potentially damaging to your teeth. Here are a couple of pieces of advice:

It’s very important to have healthy teeth and gums. After all, you will be using them almost your entire life. So, no need to rush the decay process. Simply gain some control over what types of food you eat. 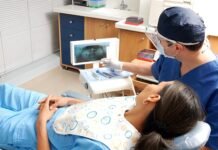 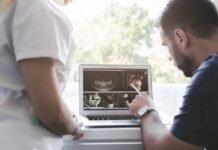 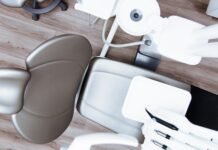 How to Find a Quality Dentist Near You