Home Bodyweight exercises Push up: not only strengthening of the upper limbs

Push up is a bodyweight exercise usually used for the upper limbs. In spite of this appearence, it affects almost all the body’s muscles. Concerning the working way, the upper limbs work in a dinamic way: mostly arms, chest, shoulders, lesser lats and forearms. But there are also other involved muscles that work as stabilizers and are actived in a isometric manner, static mode. These stabilizers are represented by all the muscles that make up the pelvis and the torso. In push up’s execution the goal is to get a very good sinergy between all these components, praticing a multi-join balance, in which the abdominals muscles play a fundamental role too.

Concerning the execution of this exercise the major work is done, as said, by the upper limps which have the task of bringing the body down to the ground and bring it back on. For a good performance of this movement I would give you some tips:

The figure above represent correct push up execution.

About the last point aforementioned you need an insight. The respect of the curves that make up the spinal column is a key feature of this exercise. In particoular pelvis’ position is very important, it can allow the correct execution of push up and meanwhile it can cause damages to your body. The pelvis must be lined up with the torso and the head, this alignment must be costant during all the performance. The most common mistakes are connected to the pelvis’ position:

The movements shown in the above figure represent the main risks for the spinal column, that could overcharge.

There is an alternative recommended version of this exercise based on a different position of the knees. You can push up resting your knees on the ground, maintaning unchanged the upper limbs’ movement. This way could be useful if you don’t have a lot of strenght in the arms and the shoulders and also to prevent some dangerous position of the spinal column.

Improve your workout with other bodyweight exercises like pull ups and squat, described here: 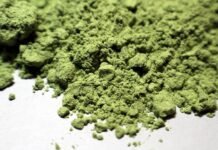 How Can Green Bali Kratom Help Deal With Muscle Cramps? 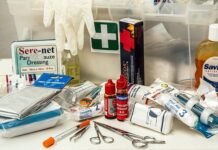 What Should A Sports First Aid Kit Contain? 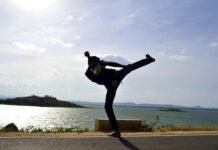 How Gym and Muay Thai Can Improve Wellness